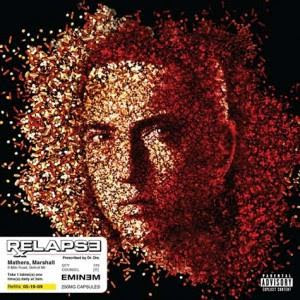 YOU can say this for Eminem: it’s impossible not to have an opinion about him. The controversial rap star is back with a hard-hitting mix of the old and the new. Relapse, his first album in nearly five years is chock-full of catchy rap tracks, familiar rhyming patterns and engaging lyrics that will thrill fans and college deejays. Whether he’s addressing drug addiction or another personal and social issue, you can tell he believes in what he’s talking about and having fun while doing it. As such, Relapse offers the rappers mix of unapologetic humour and thought-provoking lyrics.

Such tracks as Déjà Vu, We Made You and Stay Wide Awake will stay in your head long after you’ve ended your listening session. Still, there is not much on the album to blow you away. It’s all recognizable and safe. Eminem (born Marshall Mathers) proved his unmistakable talent for riding bass-laced beats, particularly those cooked up by long-time collaborator Dr. Dre on such discs as The Marshall Mathers LP (2000) and Encore (2004). Relapse, for what it’s worth signals the return of the controversial rap figure, who is going to say what he wants whether you share his views or not. At least, he makes it an interesting ride on this long-awaited comeback album.