Konshens pulls out of Sumfest lineup 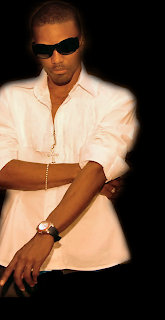 HIGH-RIDING dancehall star Konshens has reportedly pulled out of the lineup for Reggae Sumfest 2009. The decision was made as a result of agreements made by the artiste and his business partners in regarding the release and promotion of an album recorded by himself and older brother Delus.

Acording to his camp, Konshens had made a commitment in November 2008 to return to Europe to promote the album titled Modern Revolution released by Irievibrations Records from , as soon as the record is released and the season of festivals have begun in . Feeling let down by the turn of events, Konshens said that his hands were tied and there was nothing he could do. He stressed that it’s not a "money issue" but his intention to stand by his word.

“I gave them my word and it’s an issue involving both me and my brother Delus, so I can’t think selfishly though it will do some harm to my solo career. I apologize to anyone who was looking forward to seeing me there, but mi ah guh deh round fi a while so no worry unnu self,” says Konshens. “Mi sorry mi ah guh miss Toni Braxton star, and mi know Tarrus ah guh bun it up especially wid di album about to drop. It mad."