After 16 years, VIBE magazine is shuttered 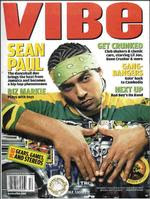 VIBE Magazine, the popular urban/hip-hop magazine, closed its doors down as of today, June 30. In a memo to the staff announcing the magazine's closure, Steve Aaron, CEO of Vibe Media Group explained "the company tried in vain to either find new investors or to restructure the huge debt on our small company. The print advertising collapse hit Vibe hard, especially as ad categories like Automotive and fashion, which represented the bulk of our top 10 advertisers, have stopped advertising or gone out of business," he wrote.

Started by Quincy Jones in 1993, Vibe enjoyed much success in the late 90s as hip hop, R&B, and rap began dominating music and pop culture. With a mix of a low readership and the onslaught of the global recession, the magazine gradually began losing footing. As Vibe joins King as urban mags that have been discontinued, The Source remains as the only surving publication that caters to the urban readership.