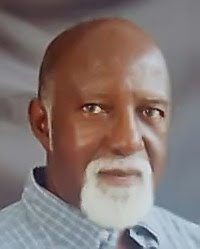 GETTING HIS DUE: OM for poet Mervyn Morris

Celebrated poet and author Professor Mervyn Morris has been conferred with the ’s third highest honour - the Order of Merit (OM) – and will be among 103 persons who will receive national honours and awards come National Heroes’ Day, October 19.

Though Morris’ appointment takes effect today, the award will be made amidst the pomp and pageantry of the annual civic ceremony at King's House on Heroes' Day in October. Morris, a 72-year-old professor emeritus at the University of the West Indies, Mona, is this year’s sole recipient of the in recognition of his distinguished contribution to West Indian Literature. Past honorees who have been bestowed with the Order of Merit include the late music superstar Bob Marley, cultural pioneer Louise Bennett-Coverley and reggae icon Jimmy Cliff.