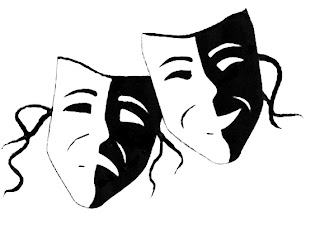 SEND IN THE CLOWNS: Int'l Theatre symposium to take over city Kingston

Prepare for a theatre extravaganza. The Jamaica Association of Dramatic Artists (JADA), in partnership with the International Theatre Institute (ITI) – Jamaica Centre, will be hosting executive members of UNESCO’s ITI Dramatic Theatre Committee (DTC) from August 24 – 31 in Kingston.

This internationally acclaimed team of theatre producers and directors is led by Faynia Williams, president of the UNESCO International Theatre Institute Dramatic Theatre Committee. Williams is, among other things, a Fellow of the Royal Society of Arts, an award-winning international theatre and opera director, as well as a BBC Producer/Director, and a screenwriter and filmmaker.

Says Dorothy Cunningham, president of the Jamaica Association of Dramatic Artists (JADA), “It is our belief that the series of workshops… will significantly enhance the ability of Jamaican theatrical practitioners to inspire such change… This visit of the UNESCO International Theatre Institute Dramatic Theatre Committee is a milestone in Jamaica’s theatrical history...and you are all helping to write another compelling chapter in this our story.”


THE WORKSHOP SCHEDULE:
The team will conduct a series of five workshops for Jamaican actors, drama teachers and graduate students.

MAKING THE PLAY: From blank sheet to performance in just three hours, the workshop conjures up and plays with ideas; finds the words, the arguments, the characters and situations; works in comedy, mystery, conflict, suspense; experiments with style and use of space; builds a company and does the show. From a simple story, a snatch of dialogue, a prop or a skill, the ingredients come together. Stage discipline and technique meet entertainment and danger. The result is immediate drama. This is a cross-skills workshop for playwrights, actors, directors and all who contribute to the making of a play.
When: Thursday, August 27. 8:30 am - 11:30 am. The Theatre Place, Haining Road, New Kingston.


TOOLS FOR SCRIPTWRITING: This workshop will present tools for the writing of scripts/plots for gender development, particularly for boys/men, in today’s environment.
When: Thursday, August 27. 12 noon to 1:30 pm. The Theatre Place, Haining Road, New Kingston. Hosted by Amba Chevannes.


HAMLET: This 3-hour workshop has become legendary for giving the participants a direct insight into the mind of Shakespeare’s most complex hero – providing an understanding of how an actor approaches a role, how that actor communicates with an audience through the soliloquy, and how a director enables this. Faynia Williams has everyone, even the most timid, on their feet mastering the blank verse of ‘To be or not to be”... and having fun in the process, as they begin to understand, in detail, how a play moves from page to stage.
When: Thursday, August 27. 2:00 pm - 5:00 pm. The Theatre Place, Haining Road, New Kingston.


THE SYMPOSIUM:
THEATRE IN THE CONFLICT ZONE: A presentation that will take a look at theatre in areas of conflict (locally & overseas) and conflict management through the use of theatre (political, Social and community). The spotlight will be on how theatre is or may be used to help resolve conflict and violence in Jamaica. The DTC will bring information on this in relation to the Philippines and Cyprus.
When: Friday, August 28. 2:00 pm to 5:00 pm. Jamaica Trade and Invest Headquarters. JTI Training Room (Braemar/Trafalgar Road), New Kingston.


THE FOOL ON THE WORLD/JAMAICAN STAGE: The focus here will be on a selection of short theatrical presentations which explore the history of ‘The Fool’ in Jamaican theatre, through to the present day. It will also involve a staged reading of Richard Crane’s latest play Fools in the Night, with Crane rehearsing and directing the most promising talent identified in the workshops.
When: Saturday, August 29. Starting at 9:30 am. Jamaica School of Drama, Edna Manley College. Participants to include The Little Theatre Movement, The ASHE Ensemble, KWANZAA and Stages Productions, among others.

Among the workshop presenters will be internationally acclaimed and accredited individuals including Mr. Neophytos Neophytou, executive director of the Cyprus Centre of International Theatre Institute: Dr. Glacey Cruz Atienza of the Philippines; Reinhard Aur, theatre director and managing director of “Georg-Buechner-Theater” Vienna (an international company of artists of 4 countries and co -producer of international theatre projects) and Faynia Williams.

“As president of the UNESCO ITI Dramatic Theatre Committee, I am thrilled and honoured that our next meeting will be in Jamaica. This will be the very first time the DTC has been invited to the Caribbean, and we are looking forward to working with the Jamaican theatre community, to learning and being inspired by a culture that has been so connected to our own through history, yet has its own distinctive voice,” says Williams. “We see this meeting as crucial to the developing work of the DTC, particularly in relation to our current projects, Theatre in the Conflict Zones, Theatre and Ecology and The Fool on the World Stage.

Sponsors for the event include the Private Sector Development Programme, The National Commercial Bank, The Jamaica Pegasus Hotel, KFC and the ICWI Group Foundation.