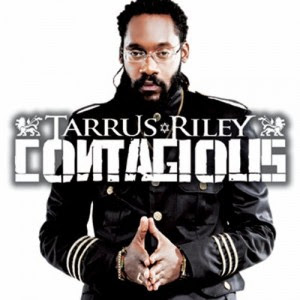 Combining infectious roots reggae melodies with sophisticated philosophy, reggae singer Tarrus Riley imbues his new studio album, Contagious (VP Records) with a heady mix of music, message and magic. Employing a similar formula that he used on his previous releases, Riley is sure to find favour once again with listeners, who have fallen hard for his blend of time-honoured ideology and delightfully rich tunes.

Highlights include “Start Anew,” an inspired call-to-action track about violence against women and “Good Girl Gone Bad,” his chart-topping duet with rising dancehall icon Konshens, produced by Russian (Head Concussion). Etana and Duane Stephenson lend their voices on “Let Peace Reign,” but Riley reinforces that he can stand strongly on his own with his delivery of standout singles like “Mankind,” “It Will Come” and “Human Nature,” a poignant cover of the late Michael Jackson’s sobering anthem.

Steeped in empowering and liberating views and universal themes, Contagious is a highly praiseworthy effort from one of reggae’s most insightful modern-day ambassadors.