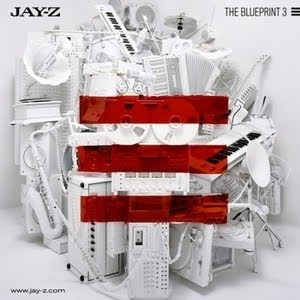 THE RETURN OF THE KING: Jay Z hits hard on his latest opus

Shawn ‘Jay Z’ Carter’s eleventh chart-topping studio album, The Blueprint 3, is a hard-hitting shot of staccato bursts, swagger, and forceful lyrical content that teeters between exhilarating and introspective. While it’s far from a flawless record, if the hip hop heavyweight is using this latest opus to demonstrate why he commands so much money, power, and respect in the rap game, then he succeeds admirably.

Over synthesized horns, tumbling drums, epic keyboard riffs, and rattling snares, Jay Z delivers well-crafted rhyme schemes and slick one-liners in his celebration of contemporary hip hop, with cameos from a roster of A-listers and up-and-comers that serve to beef up the album. The result is the most satisfying rap album released so far this year.

The album’s top-notch production force feeds such runaway hits as “Empire State of Mind,” a compelling ode to the city of New York, featuring big vocals from Alicia Keys. Over a sinuous bassline and a dusting of percussion, the rapper calls out his colleagues who he believes have strayed from rap into R&B on “Death of Autotune (D.O.A),” advising them to “get back to rap, you T-Painin’ too much.”

Kanye West and Rihanna show up for “Run This Town,” a relentless and overblown meditation on triumph and the high life; fast-rising rapper Kid Cudi channels John Legend with his catchy hooks on “Already Home” while Young Jeezy manages to steal Jay’s thunder on “Real As It Gets,” a killer record delivered in a swath of drums and a peppering of horns.

Among the other highlights: Jay and Kanye’s lyrical sparring on the self-explanatory “Haters;” memorable guest appearances from J. Cole and British crooner Mr. Hudson on “A Star Is Born” and “Forever” respectively; and “Reminder,” which addresses the rapper’s longevity and success in rap music. Not so effective though are lukewarm cuts like “Venus vs. Mars” and “So Ambitious” (featuring Neptunes super-producer Pharell), which simply do not do it for me.

For what it is though, The Blueprint 3 is a solid effort from one of rap’s most consistently prolific sons. More to the point, the album succeeds because Jay Z is never one-note and he rarely strays from his path of examining the art of hustlin’ and other ‘complex concepts’ in his music. Besides, he doesn’t have to do much to make us marvel — or at least think.

BEST TRACKS: "Reminder," "Real As It Gets," "Run This Town" and "Empire State of Mind"