MUSIC REVIEW: Whitney Houston - I Look To You 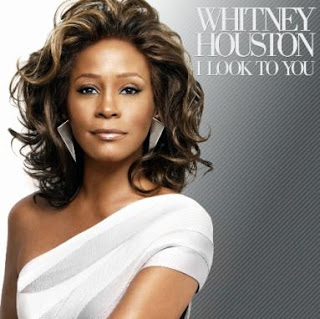 Triumphant, occasionally upbeat, and drenched in hope and optimism, Whitney Houston’s long-awaited new album, I Look To You (Arista Records) is a fantastic statement record that is testament to the veteran entertainer’s matchless talent and her survival in an industry that can be as cruel and unforgiving as it is rewarding and life-changing.

At 46, Houston’s voice has lost much of its lustre, but it is still commanding and penetrating enough to keep listeners interested in what she has to say. After a seven-year absence, marked by her split from longtime hubby Bobby Brown, Houston’s musical message is overwhelmingly one of gratitude, self-empowerment, courage, strength and wisdom.

Blending youthful energy with mature introspection on this, her seventh studio album, Houston is understandably overjoyed to be back with a supportive team behind her and music in her heart. Led by executive producer and mentor Clive Davis, a production squad – comprising hitmakers Akon, Stargate, Harvey Mason Jr., and Nate ‘Danja’ Hills, among others – fills the 11-track album with numerous R&B and dance-pop highlights.

Nobody does the confident-sounding ballad better than Houston, considered one of the 100 Greatest Singers of All Time, and whose performances on The Bodyguard soundtrack assured it a place in musical history. On the self-assessing “I Didn’t Know My Own Strength,” penned by award-winning songwriter Diane Warren, Houston isn’t at her pitch-perfect best, but her vulnerability and determination are readily accessible. She takes a similar approach on the touching and plaintive title track, written by R. Kelly, who also contributed “Salute,” a standout single driven by a marching beat.

The other tracks on the album seize attention – some with their relentless dancefloor slant, others with their unswerving, positive energy. But the common thread that binds them? A mix of catchy melodies and infectious grooves. Alicia Keys and Swizz Beatz contributed “Million Dollar Bill,” a bouncy number about the joy of being in love, while Akon worked on “I Got You” and “Like I Never Left,” two simmering tracks that speak to trust and devotion.

Although I Look To You is not the classic Whitney many of us grew up on, it is nevertheless a solid release from one of the most celebrated and influential singers of our time. At this stage, you can’t get more than that.

DOWNLOAD: “Million Dollar Bill,” “I Didn’t Know My Own Strength,” “Nothin’ But Love” and “I Got You”