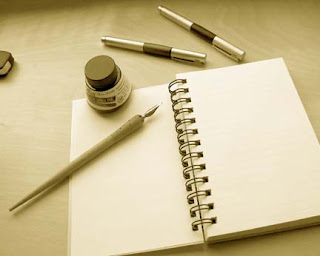 I had just turned nineteen when I learned the power of a poem and a photo to change someone’s life. In March of that year, my first poem appeared in the Sunday Observer Literary Arts Supplement. I winced when I saw the accompanying photo I had submitted; I looked miserable and messy. My eyes were droopy. But I guess something in that image, coupled with my free verse, caused people to stop and pay attention.

In the months that followed, I became a regular contributor to the popular Supplement, ‘rubbing shoulders’ with such immensely talented wordsmiths as Delores Gauntlett, Andrew ‘Kei’ Miller, Sharon Leach, Andrew Stone, Earl McKenzie, Raymond Mair, Millicent Graham, Neil Morgan, Ann-Margaret Lim, Verna George and the late Gwyneth Barber Wood, among many others. Many described us as a ‘select group.’

The encouragement from readers I ran into in random places grew as my poetry flourished with the years. Even now, nearly six years later, seldom a week goes by without someone referring to my poetry, recognizing me from my portrait that appeared in the paper.

I owe a lot to Wayne Brown, who was editor of the Supplement, not just for helping me find my voice, but for helping me find success and focus. The appearance of my poetry in the Supplement led to a job at the paper, under the mentorship of then editor-in-chief Paget deFreitas, and marked improvement in my writing. I never got a chance to attend one of Mr. Brown’s much-storied fiction/poetry workshops at his home in upper St Andrew, but it was something we always spoke about.

In my misery following my mother’s death on my birthday in 2005, Mr. Brown encouraged me to cope with my grief by channelling it into the only creative outlet I knew --- poetry. And according to Mr. Brown, I wrote some of my “finest pieces” around that time. He didn’t get any argument from me on that.

About a year and a half later, when he left the Observer out of frustration, his absence left a void that has never been filled. His brilliance and commitment to excellence and quality was matchless, and he refused to lower his standards even when people said he was “biased” and “too elitist.”

Wayne Brown was one of the most brutally frank persons I ever met. His intellectual muscle aside, his bluntness and occasional harshness (in both speech and writing) endeared him to many people. His popular ‘In Our Time’ column in the Sunday Observer was a must-read.

The last time I saw Mr. Brown, he was delivering a lecture on the life and work of Edna Manley, in May 2007, at the college on . He called me the next day to ensure I had adequate fodder for my impending article on the lecture in the Observer. Plus, he did not want to be misquoted. Totally understandable. That was also the last time we spoke. 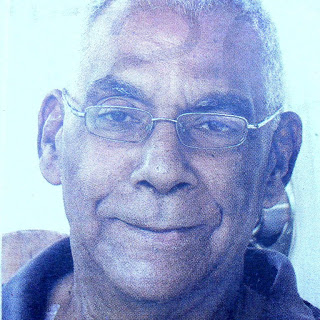 MENTOR: Wayne Brown was a cherished teacher and confidant to many

The papers said Wayne Brown, Trinidadian by birth, died at age 65 on September 15, 2009, after a battle with cancer. I was shocked when I read the news. I hadn’t the foggiest idea that he was ill, let alone dying. Playwright Trevor Rhone also died on the fifteenth (of a heart attack). I guess God urgently needed two more artistic angels. And God knows best.

A few days after Mr. Brown’s death, I decided to look for the copy of the Sunday Observer in which my first poem appeared. I’d packed it up in a box that I keep in a compartment above my closet. Reading the poem (“A Paradise Like Sodom”) in 2009 made me smile, especially when I recognized the changes Mr. Brown had made.

And the photograph? Well, it was a perfect portrait of a sad and lonesome UWI Mona freshman who loved to read and write. In 2004, I hated the photo for the same qualities I respect in it now. I guess it revealed more than I bargained for. It revealed the truth.

Thanks for the memories. Thanks for changing my life.