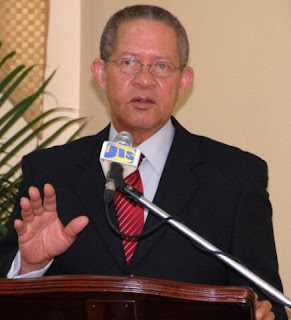 TO GOOD HEALTH: PM Bruce Golding addresses the launch of Caribbean Wellness Day 2009
Prime Minister Bruce Golding has urged all Jamaicans to give support to Caribbean Wellness Day 2009, which was officially launched on Tuesday, September 9 at Jamaica House. The special day will be observed, however, on Sunday, September 13 with a health festival in Half-Way-Tree Square.
Speaking at the launch, Golding said, "If you cannot get to the festival, get an exercise group going and decide that you’re going to exercise three days per week. Do it in your yard but do it at the front so that other people can see you doing it and become excited about this new thing taking over the country."
The prime minister also noted that this kind of programme should not be crammed into one day of activities but should be consistent so that each year Jamaicans can measure and be encouraged by the increased receptivity that will be achieved. 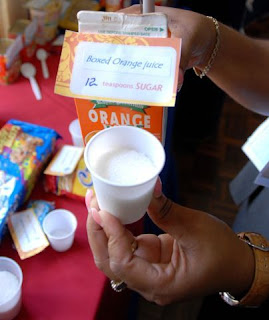 GOOD FOR YOU: There are 12 teaspoons of sugar in this cup of orange juice

"We need to get to a stage where a new culture takes charge, where healthy lifestyles, healthy living, exercising right, sleeping well and doing the right things, become not just a part of a campaign, but what makes us socially approved and endorsed. It must become the kind of thing that people admire. That’s where we need to get to. It is not going to happen overnight; it a process and it is going to require time and persistence," Golding said.

The Prime Minister also urged persons with influence to be role models who will evangelize the new effort of being a healthy people because, he said, one way of being happy and prosperous is being healthy.
Caribbean Wellness Day, which is being promoted by the Ministry of Health, is aimed at encouraging healthy living among Jamaicans by encouraging the population to practise healthy habits. Jamaica and the rest of the Caribbean will observe the day focusing on the benefits of physical activity under the theme: 'Love Your Body: Treat Your Body Right.' 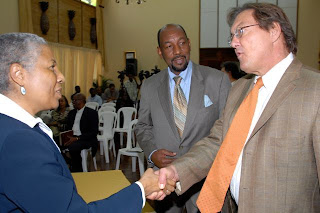 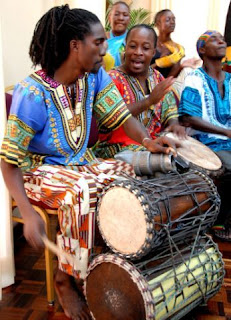