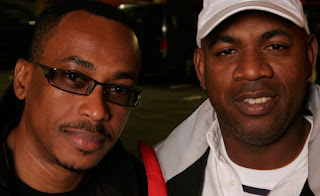 Wycliffe “Steely” Johnson of the legendary reggae and dancehall production duo, Steely and Clevie, has passed away. ‘Steely’ died from complications following a heart attack on Tuesday in a . He was 47. The producer was reportedly recuperating from tuberculosis and kidney-related problems.

Throughout their successful career in the music industry, which began in the 1970s, Steely and ‘Clevie’ Browne produced hits for such popular artistes as Dennis Brown, Cocoa Tea, Sean Paul, No Doubt, Bounty Killer and Elephant Man, among others.

In 1986, the duo served as the house band at King Jammy's Studio, which became the centre point of late-1980s reggae, by which time Steely & Clevie were established production leaders with an immense slew of 12-inch and dub singles. A year later, the duo formed the Steely & Clevie label.

Among their most classic reggae productions are Gregory Isaacs’ “Night Nurse,” Gregory Peck’s “Poco Man Jam,” Shabba Ranks’s “Ting a Ling,” Beres Hammond’s “Double Trouble” and a remake of Dawn Penn’s “No No No.”

Posted by TALLAWAH Magazine (tallawahmagazine@gmail.com) at 9:58 am