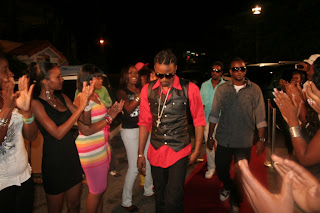 PASSING THROUGH: Konshens gets the star treatment in this scene from his new video

Konshens is one of the hardest working men in local show business. The artiste is set to add another music video to his catalogue, following the recent shoot for “No Money To Give You,” which was helmed by director Ras Tingle at the Village Café in Liguanea, Kingston as well as in Stony Hill, Sr Andrew last week.

"No Money To Give You," a track on the Full Blast Riddim, was produced and released by Izes Records, and the song has become increasingly popular, enjoying heavy airplay in Jamaica as well as internationally. The song is about Konshens, VIP treatment and taking home a girl from the club. He tells her that he does not have any money to give her, meaning that he is not “buying” her but will spend money on her.

The video follows the lyrics of the song closely depicting Konshens receiving an award and then heading to a club/party to celebrate. All the girls in the club want him and he chooses one girl to take home. The next scene features the artiste's “bedroom”. Another scene shows a Konshens performance alongside cheerleaders. The video for “No Money To Give You” is expected to hit TV stations and websites next week. 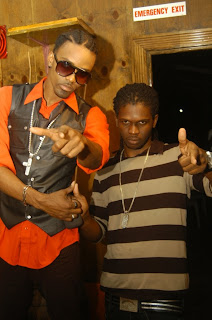 MI DOOPS: Konshens hangs with producer Izes on the set of his new music video 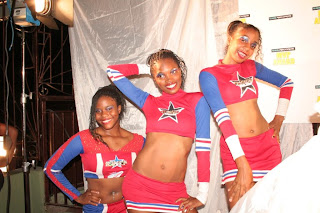 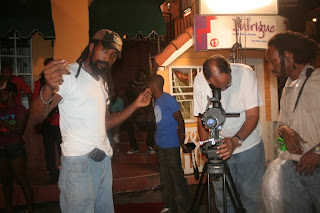 SHOT CALLER: Video director Ras Tingle on the set of "No Money To Give You"