FILM NEWS: Babylon to be shot in Jamaica 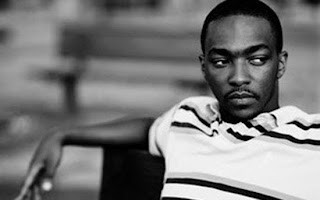 UP NEXT: Anthony Mackie to star in Babylon, to be filmed in Jamaica


Paul Giamatti and Anthony Mackie are set to star in an indie film called , written by Ian Stone. Andres Baiz (Satanas) will direct. Filming will take place in starting in February 2010. Stone Douglass and Mickey Barold are omn board to produce via Stick N’ Stone.

Mackie (She Hate Me, Half Nelson) will apparently play a Rasta from the isolated hills of and Giamatti takes the part of a British minister. Both men accompany a twelve-year-old Jamaican boy from the ghetto as they try to escape gangsters.

Giamatti (Sideways, Cinderella Man) enjoyed recent success on HBO's award-winning made-for-TV John Adams series, and prior to that he starred with Vince Vaughn in the Christmas comedy Fred Claus. Mackie, on the other hand, was last seen in 's action flick Eagle Eye (opposite Shia LaBeaouf) and made his next appearance in Fox Searchlight's Notorious.