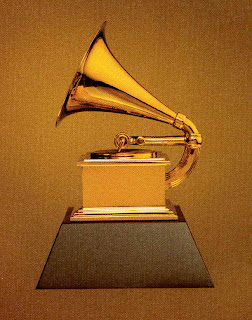 GOING FOR GOLD: Grammy nominees are out December 2

It's that time already. Submissions for the 52nd Annual Grammy Awards are being finalized and the contenders for Best Reggae Album will be selected from a long list of 39 entries.
Among those seeking a first-time nod for the music industry's highest honour are Tarrus Riley (Contagious), Jah Cure (The Universal Cure), T.O.K (Our World) and Ce'Cile (Waiting). Also in contention are Buju Banton (Rasta Got Soul), Julian Marley (Awake), Terry Linen (A Better Man) and Sean Paul (Imperial Blaze).
The eligibility period for albums for the 2010 Grammy Awards was October 1, 2008 to August 31, 2009. The Recording Academy, which presents the awards each year, will announce the nominees on December 2. The 2010 Grammy Awards are set for January 31 at the Staples Centre in Los Angeles.
Burning Spear won the 2008/9 Grammy Award for Best Reggae Album for Jah Is Real.
Posted by TALLAWAH Magazine (tallawahmagazine@gmail.com) at 1:21 pm