ON THE MOVE: Kim-Marie Spence heads to Antarctica 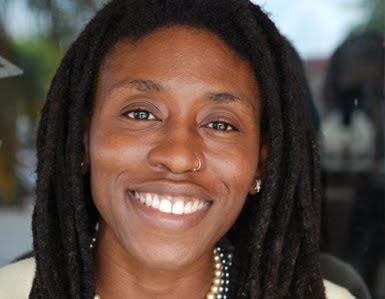 You never know where 2001 Jamaican Rhodes Scholar Kim-Marie Spence is headed next. As it turns out, the courageous young woman, now 31, is leaving Jamaica on Monday November 2 for the start of Kaspersky Lab Commonwealth Antarctic Expedition in Chile, from where the team will depart for, wait for it, Antarctica!

The Kaspersky Lab Commonwealth Antarctic Expedition will see women from eight Commonwealth countries – Brunei Darussalam, Cyprus, Ghana, India, Jamaica, New Zealand, Singapore and the United Kingdom – brave blizzards, crevasses and temperatures below minus 40° as they ski 900 kilometres over approximately 40 days to the Geographic South Pole. The expedition marks the 60th anniversary of the Commonwealth as well as demonstrating the potential for greater international understanding and exchange, and highlighting the achievements of women across the World.

The Kaspersky Lab Commonwealth Antarctic Expedition will be a life-changing experience for all the women involved, made possible by the generous sponsorship of title sponsor, International Security Software Company Kaspersky Lab. On reaching their target, Kim-Marie will be the first person from Jamaica to ski to make this symbolic and prestigious journey to the South Pole from the Antarctic Coast.

Speaking about this brave new adventure, Spence said: “I am so excited to be leaving Jamaica for likely the greatest journey of my lifetime. I am truly honoured to be representing my country for this moment in history and look forward to being followed by the people of Jamaica online. I also look forward to coming home and telling everyone all about it.”

Commenting on the expedition, UK team leader Felicity Aston said: “This trip began in my head two years ago and I can scarcely believe we have reached the week of departure. Whilst we know the greatest challenge is still ahead of us, we feel incredibly proud to have come this far with months of planning, training and preparation behind us and a united team of women from around the world ready to conquer the ice.”

“The Commonwealth represents a unique set of worldwide geographies, somewhat matching the entry of Kaspersky Lab into new markets. The expedition will excite our employees and customers and we sincerely wish the team success in their endeavor, which is in the spirit of world-famous breakthroughs.” said Roger Wilson, Vice-president of Marketing at Kaspersky Lab, the expedition’s title sponsor. Congrats, Kim-Marie! Bring back a polar bear!