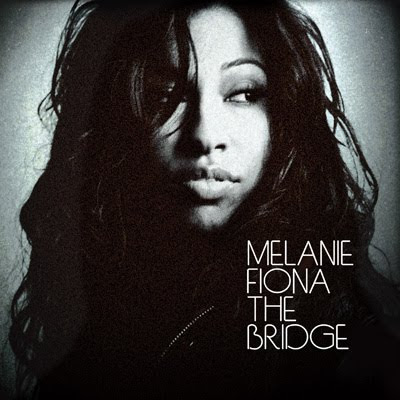 Every now and then, a new female R&B-soul singer pops up on my radar, and I just have to stop and pay attention. These days, that songbird is Guyanese-Canadian artiste Melanie Fiona, whose debut release The Bridge is a potent, heart-warming elixir, laden with 12 tracks that walk the line between contemporary R&B, neo-soul with hints of reggae and world music. I’m telling you, this girl is the truth.

This is music like it was meant to be enjoyed: sultry vocals, self-assured lyrics and lush instrumentation. Lead single “Give It to Me Right,” which earned her incredible buzz stateside, is peppered with heavy percussion, but it’s Fiona’s sass and take-no-mess attitude that gives the song its true grit. Other must-hear highlights include the recently Grammy-nominated smash “It Kills Me,” which shows off the singer’s throaty vocals at their best.

She shines, too, on singles like the tender and sparsely produced “Teach Him,” the up-tempo gem “Ay Yo,” and the soulful cuts “Priceless” and “Sad Songs.” And yet there is a sad postscript to this review, as the failure of Fiona’s label to release the album this past summer caused the album to miss out on a possible Grammy nod for Best R&B Album. Bummer. What’s more, fans have been anticipating this album for months, and the delay has undoubtedly affected sales.

Nevertheless, The Bridge is a solid introductory album from a promising and talented vocalist and songwriter, who makes her presence felt. She is a bad chick. Her voice is strong and passionate, and, thankfully, she has appeal. For my money, you can’t get more than that.

DOWNLOAD THIS: “Somebody Come Get Me” (it didn’t make the final album cut, but it’s a must-listen. Trust.)

Posted by TALLAWAH Magazine (tallawahmagazine@gmail.com) at 11:44 am