ACTOR BOY WATCH: What About Us?


TALLAWAH breaks down four productions that might suffer setbacks this Actor Boy season, for one reason or another... 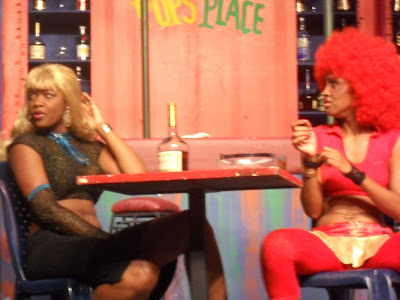 Despite terrific performances from a cast led by Camille Davis and Sakina, can Diana still make it into the 2010 Actor Boy race since it is a re-working of writer-producer Patrick Brown’s Dirty Diana? The original play (Dirty Diana) wowed audiences during its lengthy run at the Centrestage Theatre in New Kingston a few years ago and its recent re-staging has gone down well with both critics and viewers. So it will be interesting to see what happens come nomination time.

Similarly, Hurricane Lovers (which ran earlier this year at the Fairfield Theatre in St James) was a re-mounting of a Patrick Brown work. Solid turns from Dahlia Harris and Douglas Prout as a newly-wed couple that experiences a physical and emotional hurricane on the night of their honeymoon, made the production an electrifying and enjoyable affair. But will Actor Boy voters pay it any attention? 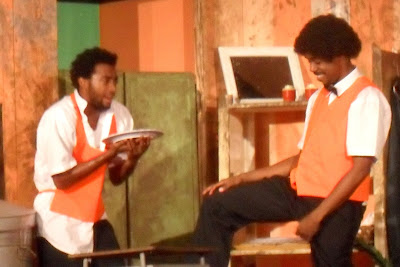 ON THE JOB: Everaldo Creary and Donald Anderson (right) in Smile Orange

Another vintage production that got new life this year was the late Trevor Rhone’s Smile Orange, which benefitted greatly from very strong acting from a cast led by Donald Anderson and Everaldo Creary. ’s masterful play about the behind-the-scenes workings of the hospitality industry and workplace dynamics is still a delightfully original Jamaican comedy, but, still, that’s no guarantee for Actor Boy recognition.

On a different note, for the first time in years (at least as far as I know), news broke that a production had to be shut down prematurely (after only a week), resulting from a tiff between producer and actors. Too bad, the engaging performances from Nadia Khan and Aisha Davis in No Compromise might go unrecognized as, word is, most judges and scores of theatre lovers never got to see it.

Productions I missed this year:

(Note to self: Tyrone, this is unacceptable!)