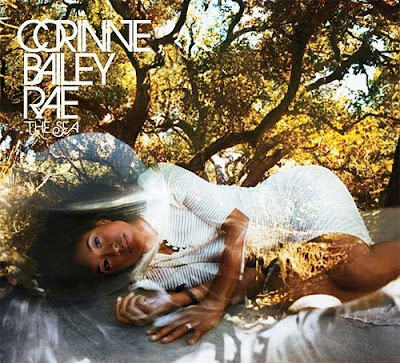 PUSHING PAST THE PAIN: Corrine Bailey Rae returns with The Sea

After a year of grief and heartache (her musician husband Jason Rae died tragically in late 2008), Corrine Bailey Rae is slowly returning to her love for music after putting her passion on pause for months. Here is the official cover of Corinne Bailey Rae’s upcoming sophomore album The Sea (Virgin Records), the follow-up to her acclaimed self-titled debut release, which spawned the hits “Put Your Records On” and “Like A Star.”

The new album will be out on January 26 in the and on February 1 in the U.K. Below, you can check out her stunning live performance of the album’s first single “I’d Do It All Again,” inspired by the death of her beloved.