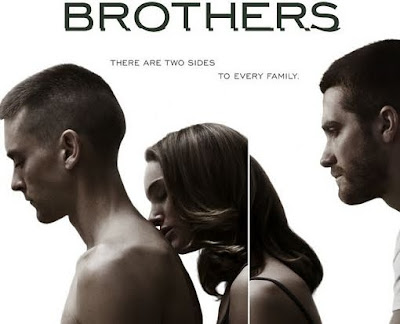 The aims of Brothers, an inspired drama about the effects of war on a close-knit American family, are compassionate and respectful – noble, even, in director Jim Sheridan’s desire to pack as much dramatic tension into a film that is essentially a remake of a Danish original.

While his film ultimately lacks evenness, (In America) employs a generic filmmaking style and wields his artistic chops with satisfactory results. As such, Brothers, bolstered by a subtle, expository script and strong performances from a trio of young actors, is a bruising and crucial look at family dynamics and the consequences of war.

Tobey Maguire (The Cider House Rules, Spider Man) dominates the ensemble cast as Sam Cahill, a Marine about to deployed on his fourth tour of duty in Afghanistan, leaving behind his delicate wife and high-school sweetheart Grace (Natalie Portman, in a fine turn) and their two young precocious daughters.

Sam is presumed dead when his helicopter crashes during a surprise attack. Tommy (a terrific Jake Gyllenhaal), Sam’s charismatic but delinquent younger brother steps in to comfort Grace and the girls and help them get past their pain. When Sam finally returns home , he senses a change in the home atmosphere, suspecting an affair between his wife and brother in his absence.

Arguably, Maguire gives the finest performance of his career, delivering his portrayal of the troubled war vet with a force and conviction that is nothing short of award-worthy. An explosive kitchen scene with Portman and Gyllenhaal near the end tops it off perfectly. Some fine supporting work comes from Sam Shepard (The Assassination of Jesse James) as Sam and Tommy’s demanding father, Hank.

In short, Brothers is an important dramatic work that has contours of traditional war films, but it engagingly focuses on the lives of these committed soldiers both in and out of battle – and the devastating impact war can have in the domestic sphere.