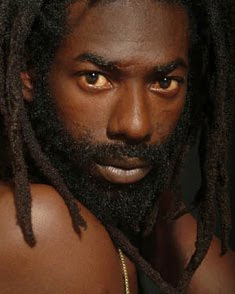 Here we go…. yet again. The Los Angeles Gay and Lesbian Centre has it in for The Gargamel. In a posting on their website yesterday, the gay advocacy group condemned what they called “the appalling Grammy nomination for Buju Banton” after The Recording Academy on Wednesday announced that Banton’s latest album Rasta Got Soul was a nominee for Best Reggae Album.

“We’re shocked that Buju Banton, a singer with a long record of performing a song that glorifies the murder of gay people, would be honoured with a Grammy nomination, regardless of the artistic merit of any of his work,” said the L.A. Gay & Lesbian Centre’s public affairs officer Jim Keys, via a statement on the website.

“Throughout his career, Banton has performed music that promotes a culture of violence against lesbian and gay people; he sings in “Boom, Bye Bye” that ‘faggots get up and run’ when he comes, that ‘they have to die,’ and that he will shoot them in the head or ‘burn them up bad.’ He is completely unrepentant, refuses to stop performing the song.”

In August, several shows on Banton's American leg of his album tour were cancelled due to the protests by the L.A. Gay & Lesbian Centre, among other gay rights groups.

Rasta Got Soul, released in April, has been hailed by both critics and reggae lovers as one of the top Jamaican albums of 2009 and one of the finest of Banton’s career.

Click HERE to check out our review of Rasta Got Soul.