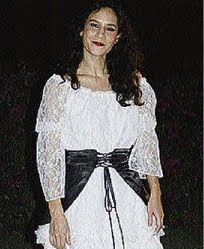 TWO FACES OF EVE: Walton in her Annie Palmer get-up; above, with mom.

Like a true chameleon, actress Maylynne Walton has never shied away from change and challenges. In fact, her art seems to flourish with each demanding yet delectable new project. For her latest role, she tackles the deliciously mystifying Annie Palmer in White Witch at MoBay’s Fairfield Theatre, eager to delve into the magic and mystique that has shrouded the mystery woman for centuries. She talks to TALLAWAH about crafting a memorable character and why audiences will appreciate this new rendering of the Annie Palmer story.

TALLAWAH: In the new Fairfield Theatre adaptation of Jane Crichton’s White Witch, you portray the indomitable Annie Palmer. Did you have any reservations about playing such a role?

Walton: Never. It’s the role I was dying to play since childhood (Chuckles). At one time I was even begging Brian Heap [of the University Players] to do the production, so when [Prout] called and told me that they were doing it, I was so happy. I have always wanted to portray Annie to explore the whole Jamaican mythology surrounding her and to show a different side, a human side, to this woman.

TALLAWAH: What’s the run at been like since the show’s opening last week?

Walton: It’s been excellent. It is such a nice version. It’s a different take on the whole Annie Palmer mystery. It’s a musical and it’s also a love story, and it’s very successfully done.

TALLAWAH: Great. Can’t wait to come down and check it out. So what do you hope audiences take away after seeing the production?

Walton: I hope people who come and see it will be open and receptive to the story. The play is a great platform with a terrific cast of over 20 persons. It’s a wonderful production not to be missed.

TALLAWAH: Let’s talk a little about The Blackburns, that very interesting Royal Palm Estate spin-off series, which had its Season One premiere in the last quarter of 2009. What kind of feedback did you get?

Walton: People love it, and I have been really into the show as well. The storyline is fresh, more intriguing, juicy and edgy.

TALLAWAH: It’s a superb vehicle for the stellar ensemble cast, but do you think the show is apt for all audiences?

Walton: Though there’s some sex and violence, I think it’s still appropriate for cable TV. The script is sharper and it’s definitely getting more interesting. The feedback on the street has been great.

Catch Maylynne Walton in The White Witch at the Fairfield Theatre in Montego Bay, playing Fridays to Sundays. Season Two of The Blackburns premieres in April. 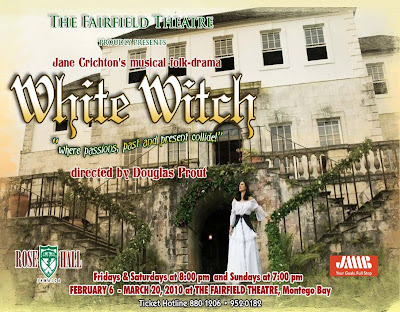