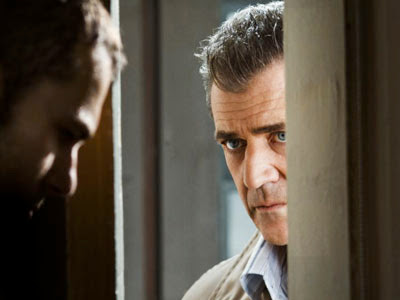 MISSION IMPOSSIBLE: Mel Gibson is a bereaved seeking answers in Edge of Darkness.

Seems Mel Gibson is still a lethal weapon after all. In Edge of Darkness, a solid though ultimately uneven revenge thriller from director Martin Campbell (Casino Royale), the controversial actor and filmmaker turns in an appealing performance as a father laid bare by his daughter’s gruesome murder.

While the film’s pace is occasionally leaden and the dialogue only modestly engrossing, Gibson’s convincing grief-ravaged routine elevates the whole affair and sits well with Campbell’s commendably taut and effective direction.

Gibson is Thomas Craven, a dedicated detective, caring father and a single man, whose pride and joy is his daughter, Emma (Bojana Novakovic), a perceptive and good-natured research assistant at a nuclear company located elsewhere in the country. The same evening father and daughter are re-united in , after being apart for a long spell, Emma is gunned down on the front porch of her dad’s house via a shotgun blast to the chest by a masked assailant. Initially, it is believed that Craven was the killer’s intended target, but that theory is quickly tossed aside when outrageous details about Emma’s life and research work emerges.

To get to the bottom of the vicious crime against his family, Craven spearheads a complicated and frustrating investigation, which eventually leads to a probe into the operations of the shadowy nuclear company, headed by the shady and dangerous Jack Bennett (Danny Huston), where Emma worked. Still in shock over the tragedy but determined to find his daughter’s killer, Craven stops at nothing to see his mission through. The power of grief and loss to transform a decent man into a vengeful and violent beast is one of the most illuminating highlights of this otherwise unevenly entertaining picture.

As with many conspiracy thrillers, there’s corruption and cover-ups (involving a weasley government operative played by Ray Winstone). ratchets up the intensity to maximize the impact of crucial scenes, sporadically giving much-needed oomph to the work of screenwriters Andrew Bovell and William Monahan, who took home an Academy Award for The Departed.

But, in the end, Edge of Darkness belongs to Gibson, who lends nuance and emotional pull to his conflicted character. As the bereaved father searching for answers about his daughter’s murder, he makes a strong comeback and offers proof that he can still serve it up as a likeable, sturdy and convincing leading man.