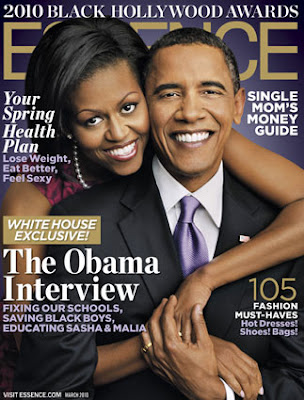 With the overwhelmingly negative press President Barack Obama has been facing in recent months, it's totally refreshing to see that someone is doing 'damage control' and highlighting the positive missions the country’s first African-American president has been working tirelessly to implement in the face of mounting pressure.

For their March issue, ESSENCE kicks off the first of its three-part education series, "Teaching Our Children," with a White House exclusive--an interview with President Obama. In his first interview of 2010, he talks tough with ESSENCE editor-in-chief Angela Burt-Murray, Deputy Editor Tatsha Robertson and Washington Correspondent Cynthia Gordy about holding teachers accountable, closing the education gap between Black and White students, how he and First Lady Michelle Obama encourage daughters Malia and Sasha to love learning, and how you can do the same with your own children.

This year, ESSENCE, the premiere publication telling the stories of Black women (and men) worldwide, celebrates 40 years as an award-winning magazine.