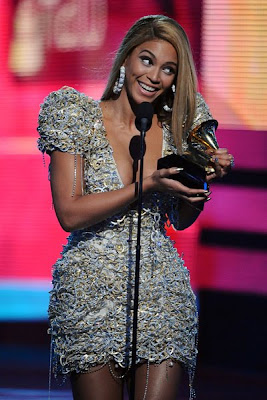 Black Eyed Peas and Kings Of Leon won three awards each, the latter picking up the coveted Record Of The Year for "Use Somebody." Picking up two wins each were Eminem, banjo maestro Béla Fleck, composer Michael Giacchino, Lady Gaga, Maxwell, Jason Mraz, and conductor Michael Tilson Thomas.