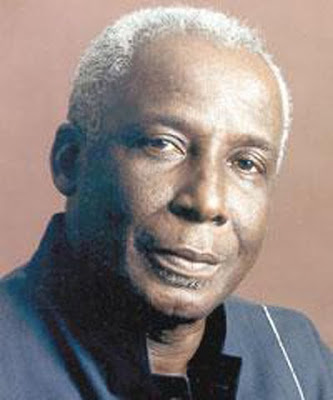 The sudden passing of Jamaican cultural icon and creative genius Professor Rex Nettleford OM is still felt throughout the island and the wider . After all, Ralston ‘Rex’ Nettleford was in the league of extraordinary gentleman.

Professor Nettleford died on the night of Tuesday, February 2 (the day before his next birthday) in the , six days after suffering a heart attack in , where he had gone to attend an academic conference. With the death of Nettleford, the world had lost an intellectual and creative genius, whose contribution to shaping and protecting the cultural landscape of his homeland and the entire region is indisputable.

Nettleford was an archetypal son of the , and his death has left a void in the world that will be extremely challenging to fill. His drive and knack for excellence was matchless. A proud son of rural , he contributed much to the development of the country's cultural arts (particularly dance) and scholarship. Without a doubt, his life was a testimony to the success that is possible through hard work, determination and sheer creative brilliance.

Born on February 3, 1933 in , Trelawny, Nettleford was educated at in Montego Bay, St. James and later earned a degree in History at the University of the . He later became a Rhodes Scholar at and went on to distinguish himself as a leading Caribbean scholar and visionary, who dedicated most of his life to the service of the regional University of the as lecturer and illustrious research fellow.

Nettleford also achieved renown globally as the co-founder and artistic director of the National Dance Theatre Company of Jamaica (NDTC). He was Vice Chancellor Emeritus at the Mona Campus of the University of the at the time of his death. From the mid-60s to the early 80s, Nettleford was an active political commentator and analyst on radio and television and a regular contributor to the opinion columns in the national newspapers. His many books include the seminal 1969 essay collection Mirror Mirror: Identity, Race and Protest.

Nettleford was also a recipient of CARICOM's highest award, the Order of the Caribbean Community. During his sojourn, Rex Nettleford also made a sterling contribution to the development of public broadcasting, political commentary and national media policy in over the last 40 years. He was 76 at the time of his death.