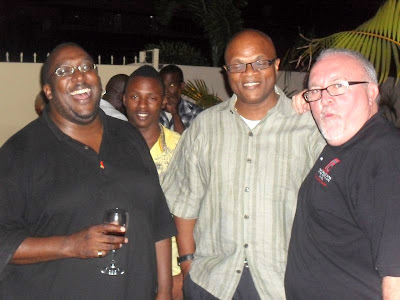 IN THE THEATRE CROWD: Thespians fabian thomas, Lee Patience, Aston Cooke and Brian Heap were among those who came out for the Actor Boy nominations announcements and media launch at the Spanish Court Hotel in New Kingston on Monday. 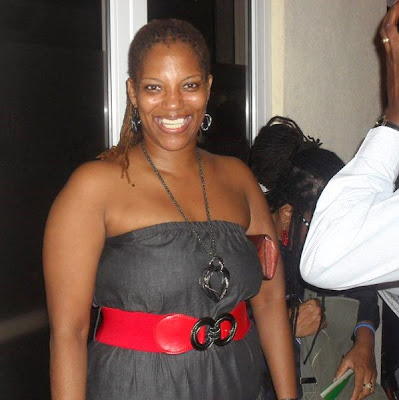 On a warm evening that ended on a scorching high for the cast and crew of the latest Jambiz production, Easy Street, the nominees for the 20th anniversary staging of the Actor Boy Awards were announced at the in New Kingston on Monday. Easy Street emerged as the top contender, racking up nine nominations, including bids for Best Production, Best Comedy, Best Lead Actress (Camille Davis) and Best Lead Actor (Glen Campbell), among others.

On the downside, however, such well-received productions as Me and Mi Chapsie and Dream Merchant were shockingly and completely shut out of all categories, while Dreamgirls (received 4 nods) failed to score a single acting nomination. At the same time, a number of outstanding performances (Maurice Bryan, Dahlia Harris, Munair Zacca and Everaldo Creary, for example) were startlingly overlooked this year. Some would say it’s one of the unfortunate things that happens with awards nominations when certain types of voting systems are used.

Another sore point: three double nominees. That’s simply too many. Aside from his strong lead role in Easy Street, Glen Campbell was also recognized for his supporting turn in Diana. Douglas Prout fills two spots in the Best Director category for Mo’Bay Vibes and For Better or Worse, while Nadean Rawlins finds herself in a familiar scenario with two Best Lead Actress bids (Two Can Play and Love Letters).

In the meantime, the 20th anniversary staging of the Actor Boy Awards takes place on March 29 at the Courtleigh Auditorium in New Kingston with red carpet and cocktails preceding the big show at 8:00pm. This year’s special tribute awardee is Guyanese-Jamaican playwright, producer and university lecturer Jean Small, who will be honoured for her contribution to the “art of storytelling” – a major theme of the awards show this year.

The Actor Boy Awards, presented under the auspices of the Jamaica Chapter of the International Theatre Institute (ITI), is one of the oldest and most consistent awards shows celebrating the performing arts in the island. In his brief address to the small gathering, Sydney Bartley, Principal Director of Culture, congratulated the organizers of the annual awards show while challenging them (and the general theatre community) to move to even higher ground.

“I believe we need to be taking [the awards] further each year. The culture in our country should be fashioned and crafted and taken to new heights,” said Bartley. “We should be bold enough to create new categories in the dramatic arts and also take time to examine what we are doing.”

The nominations announcement and media launch was capably hosted by Dorothy Cunningham and Craig McNally.

Posted by TALLAWAH Magazine (tallawahmagazine@gmail.com) at 12:15 am