CHINO: On crafting new music, the Big Ship family unit and what’s next 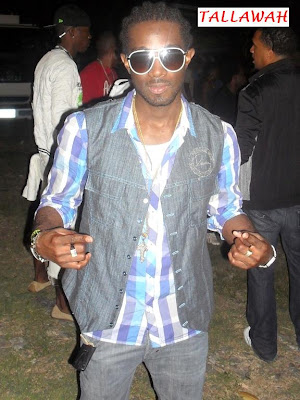 Daniel ‘’ McGregor needs no easy pass because he’s Freddie McGregor’s son. With the combination of raw natural talent and appeal working in his favour, the fast-rising reggae-dancehall disciple, now 27, is quickly becoming a household name in local and international circles, with music that entertains and inspires - even as he makes plans to take his recording career to illustrious new spheres.

TALLAWAH: Congrats on the success you’ve been reaping in the biz. Are you enjoying it?

: It’s a good vibe. I’ve been in the game doing good music for a while now. So it’s a joy to be reaping the success.

TALLAWAH: The McGregor (“Big Ship”) family has been experiencing quite a dominant run in local music. How do you feel about that?

: Yeah, it’s a family unit, and that’s important. It wasn’t planned either. My father is the captain of the ship, and we always had the studio at home so we kinda gravitated towards the music after a while. So to be here right now just feels real good.

TALLAWAH: I recently heard that you are gearing up to release a new album exclusively for your Japanese supporters.

: It’s a sophomore album that we’ll be releasing in July called Never Change. Big Ship has always had a strong relationship with the market.

TALLAWAH: And it’s a full-length release?

TALLAWAH: Considering life outside the music industry, what are you interested in?

: Definitely fashion and clothing because I am known as a fashion person.

TALLAWAH: But in the meantime, how are you keeping yourself occupied?

: Right now, I’m just working, working and working on new singles. I have a new song on the Bad People Rhythm, plus other new tracks with Big Ship. Also, I’m looking forward to doing some more videos and touring. We never stop touring (Laughs).