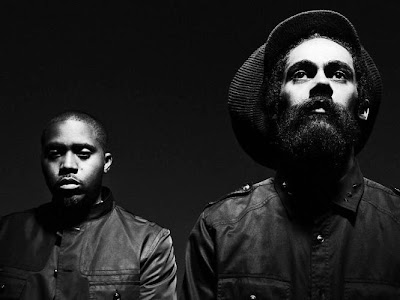 “We’re all distant relatives, no matter where you’re from... We're all family...[we’re] just spread out all over the place…” – Nas, “Africa Must Wake Up”

Very few pairs of musicians worth their salt can craft a collaborative album that excels on the merit of powerful lyrics, A-class instrumentation and amazing chemistry. Only a select handful. The Robert Plant/Alison Krauss pairing gave us the magical, Album-of-the-Year-winning Raising Sand (2007) while the recent James Taylor/Carole King match-up has produced the critically acclaimed Live at the Troubadour.

Up next: reggae’s golden boy Damian Marley and hip hop stalwart Nas, who have joined forces for the brilliant Distant Relatives, a potent, 13-track elixir marked by poignant storytelling, lush beats and a seamless, nearly-perfect blend of reggae, dancehall and hip hop, with Afro-Caribbean concerns and universal themes.

Both artistes are distinguished, Grammy-winning entertainers, with knacks for thought-provoking lyrics and forceful rhymes and rhythms that exalt the essence and soul of the Motherland and her Diaspora. Excellent examples: Marley’s Welcome to Jamrock (2005) and Nas’ Illmatic (1994), which are considered archetypal creations.

Together, they have crafted a groundbreaking release full of revolutionary African rhetoric and proverbs, and conscious, thought-provoking messages sure to resonate with listeners. The album is packed with highlights, as each track stands robustly on its own. The production from Marley and regular collaborator, brother Stephen, and writing (by Marley and Nas) are also pleasantly balanced. 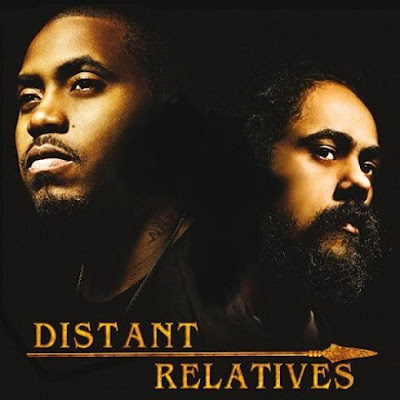 Released tracks, such as the fiery, attention-grabbing “As We Enter” and the luminous “Strong Will Continue” are strong first singles, which set the tone for the rest of the disc. A sample of Dennis Brown’s timeless hit “Promised Land” lends a classic edge to “.”

And to further bolster the disc with praiseworthy cameo contributions, Joss Stone and Lil’ Wayne guest on the uplifting, empowering “My Generation”; Stephen shows up for the affecting one-drop-reggae track “Leaders,” while Somali rapper K’Naan is featured on “Tribes At War” and “Africa Must Wake Up,” both compelling and repeat-worthy songs. The real highlights, however, include the pulsating vigour of “Dispear”; the haunting wails of “Patience” and Marley’s lyrical blaze on the throbbing favourite “Nah Mean.”

But what makes Distant Relatives work so well? Convincing evidence points to the compromise and camaraderie between Nas and Damian Marley that seem to jointly elevate the 13 tracks, while simultaneously highlighting the effortless flow and lyrical genius of the gifted performers.

Drenched in social commentary, swag and powerful storytelling, Distant Relatives is an important and purposeful concept album, one of the finest releases you’ll hear this year. Just press play, and let it “do what it do.” Tyrone’s Verdict: A

DOWNLOAD THIS: The wise “Friends” and the brilliant “Strong Will Continue”