DO WE LOVE IT? Tami and Tifa’s “Certified Diva”: Flashing lights, Flinstones and fab fashions 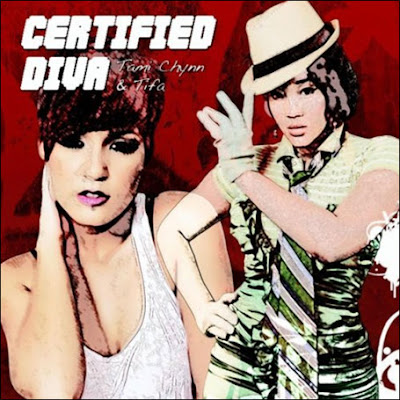 So after being shot like what seems an eternity ago, the highly anticipated video for Tami Chynn and Tifa’s dancehall-pop smash, “Certified Diva,” has finally arrived – and what a colourful, dazzling mess it is.

Now don’t get me wrong; the video (directed by Dexter ‘3D’ Pottinger) is flashy, uber-bright and popping, but ultimately the clip fails to elevate the hit song as much as I’d hoped. Mainly, too many of the video’s scenes (especially early on) feel inert, declining to wholly pull viewers into the catchy song. And another quibble: Why are the catwalk scenes so dark? I had to strain to make out a few of the cameo appearances. Not good for my delicate eyes. Plus, the vid tries to encompass a whole lot, which, at times, can feel like overkill.

On the upside, however, what we do get is a study in the fashion evolution of both artistes (two very talented women, I must add) and a futuristic edge that speaks highly to the direction in which pop music is advancing. I am also all for those bangin’ shades that both divas rock in their canary yellow get-ups. Lovely scene. Dexter’s trademark stamp is evident here, too. (You know Dex is gonna pour on the glam and style). But my favourite scene has got to be the fun, humorous Flinstones bit at the end. Truly fetch. If only the entire video had this sort of playful, engaging energy.

Overall, “Certified Diva” is a glittery, frequently gorgeous effort, but it doesn’t come close to a masterpiece in Jamaican video history. At its best, it celebrates independent sisterhood, fab fashions and high glam with a generous dose of girl power and charisma. But you gotta admit: it’s better than anything else out there on “local” TV right now.

Peep the clip below:

Posted by TALLAWAH Magazine (tallawahmagazine@gmail.com) at 11:31 am

Email ThisBlogThis!Share to TwitterShare to FacebookShare to Pinterest
Labels: Do We Love It?, MUSIC REVIEW, Video Fab