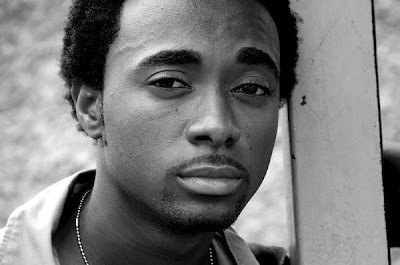 Like many self-respecting young actors, Everaldo Creary began his career in a drama-poetry group, charting his way from high school talent competitions to critically acclaimed stage (Me & Mi Chapsie, Smile Orange) and film (Better Mus’ Come, Candy Shop) roles, refusing to press pause on his quest to quickly expand his résumé. Now, the grad and rising star to watch prepares to hit the road for a cross-country tour of his latest stage production, The Plumber.

TALLAWAH: Currently, audiences can see you bringing the laughs in The Plumber at the Green Gables Theatre in and later this month in rural towns across the island. Are you enjoying the ride?

Everaldo Creary: It’s alright; I think everything is gelling nicely, and so far people love it. It’s really Delcita’s show, but the support around her is nice.

TALLAWAH: From what I’ve heard, audiences are falling out of their chairs with laughter whenever your character, Stamma, speaks. How do you feel about the role?

Creary: It’s different and I like it. Stamma is similar in expression to some of the other characters I’ve played, but it’s the first time I am actually playing a “stamma” person. It’s intriguing.

TALLAWAH: Has the transition from mainstream fare to “rootsy” popular comedies been difficult?

Creary: It doesn’t feel any different. It feels good that I can adjust and bring a level of quality to the play. People who do [the popular comedies] are just as talented. It’s just that in life different people have their different ways of expression. I just want to play my part to support Jamaican theatre.

TALLAWAH: After a strong outing in Me & Mi Chapsie, were you disappointed over being left out of the Actor Boy race this year?

Creary: Not this time around. I was disappointed in 2004, when I did Positive and never got nominated. So from then I told myself that I would not rely on Actor Boy to motivate me. I am self-motivated.