IRON MAN 2: Nothing spectacular, but more sizzle than fizzle 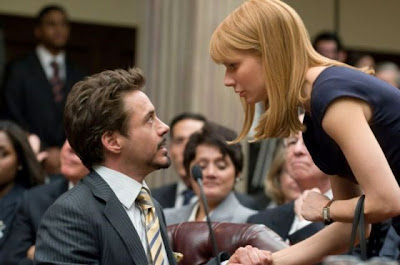 The new Iron Man sequel doesn’t feel as fresh as the original 2008 blockbuster and is weighed down by lacklustre dialogue and mediocre special effects, but it is action-packed and fleet-footed.

Tony Stark (Iron Man’s alter ego) is still an ego-driven SOB, given to erratic outbursts and wild behaviour, and continues to carry on his late father’s legacy as head of Stark Enterprises, a weapons manufacturing company.

When last we left Iron Man, Stark was finally revealing his true identity to the international public. In Iron Man 2, he has ascended to rock-god status, but still committed to protecting his country against attack. But along with his new responsibilities, he has also taken on heavy partying and boozing. What’s more, the palladium in his chest is spreading, slowly poisoning his body. Coupled with that is pressure from the American government to share his secret Iron Man weaponry with the military.

But Stark soon realises that military pressure and the palladium in his system are not his only problems. A powerful new enemy has emerged: Soviet native Ivan Vanko (Mickey Rourke with a Ruski accent, gold teeth and spiked highlights), a former physicist, who has been nursing a grievance against the Stark family. Rourke’s Vanko is a strong, silent type, who prefers to let his lightning tentacles, built with similar technology to the Iron Man get-up, do most of the talking. A dazzling sequence at a motor racing meet in Monaco is particularly compelling and serves as the film’s most riveting scene.

Robert Downey Jr’s performance hasn’t lost the charm or snark that has endeared Iron Man to viewers, and the chemistry he shares with co-star Gwyneth Paltrow (Stark’s right-hand woman, Pepper Potts) remains appealing. Scarlett Johansson, who appears as the mysterious new employee Natalie Rushman, is the most poised and composed I’ve ever seen her on-screen. Plus, she kicks some serious butt in this film. Don Cheadle (who replaces Terrence Howard) is disappointingly one-note as weapons pro Jerry Rhodes, while Samuel L. Jackson only pops up every now and then as the eye-patch-wearing Nick Fury.

We get more from Sam Rockwell as Justin Hammer, a persistent weapons dealer who will stop at nothing to derail Tony Stark/Iron Man’s triumph. So it comes as no surprise when Hammer offers unlimited support to Vanko’s mission. Mickey Rourke (The Wrestler), not surprisingly, makes for a believable villain.

While Iron Man 2 (scripted by Justin Theroux), which reunites Downey Jr. with director Jon Favreau, is a middling release when compared to the original, it makes up for its shortcomings with enough polish, sizzle and frequently solid kinetic action to entertain its core target audience.

Posted by TALLAWAH Magazine (tallawahmagazine@gmail.com) at 12:47 am