NIYI OSUNDARE: On the ascension of modern African lit, politics and Wole Soyinka 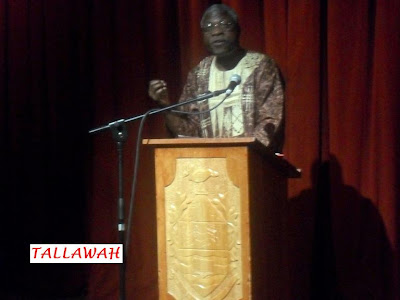 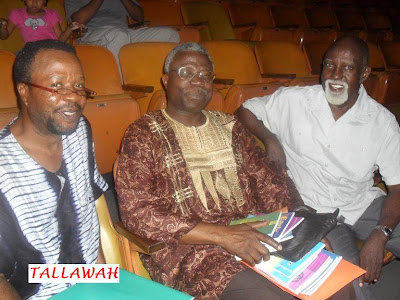 Celebrated Nigerian poet, essayist and dramatist Niyi Osundare is a strong believer in the power of words to inspire and transform, and this has been a fundamental facet of his writing for years, as well as his artistic activism and role as educator at numerous colleges, including the , where he serves as a professor of English. Now 63, the prize-winning author of numerous poetry anthologies and essay collections is currently on the island, the guest of the UWI Mona Department of Literatures in English. On Sunday morning, Osundare shared reflections on his work and life experiences, and samples of his enchanting poetry, during a reading at the Philip Sherlock Centre, and sat down briefly with TALLAWAH afterwards.

TALLAWAH: Today, literature from the Motherland is creating waves on the international stage, much more so with the emergence of an exciting new crop of young African writers with remarkable stories to tell. What does this mean to you?

Niyi Osundare: For a long time, from the beginning, literature was one of the channels through which re-entered the international scene. It’s like we’ve had to re-write ourselves back to the centre. For too long, Africans have read what other people wrote and not enough by Africans. And so the writers have decided to change that by engaging three important factors: the writers themselves, the publishers and the critics.

TALLAWAH: One of your fundamental beliefs as a son of is that there is no choice for the African poet but to be political. You once said, “You cannot keep quiet about the situation in the kind of countries we find ourselves in, in .”

Osundare: The very notion of the writer is political. The colour of your skin is political and determines you in the eyes of the world. Those who say you are not to be political are being disingenuous.

TALLAWAH: Is this your first visit to ?

Osundare: Yes, it’s my first time here, but actually my fourth attempt. I am definitely coming back (Laughs).

TALLAWAH: You should try and make it back for the Calabash Literary Festival at the end of the month.

Osundare: Colin Channer spoke to me and asked if I could delay this trip to later, but I have another engagement lined up for the end of the month, so I won’t be able to make it.

TALLAWAH: Another Nigerian will be here for Calabash. Nobel Laureate Wole Soyinka. What are your thoughts on his contribution to African letters?

Osundare: He was my teacher. (Laughs). [His contribution] has been both fantastic and monumental to African political consciousness. He has walked the walk and talked the talk.

Posted by TALLAWAH Magazine (tallawahmagazine@gmail.com) at 1:29 am