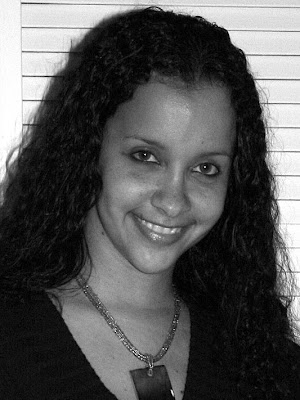 From the stage to the screen, actress Noelle Kerr always makes an impression. After enjoying success in local theatre (most recently in the well-received musical drama White Witch) and TV shows (The Blackburns), the multi-talented twentysomething is ready put her mettle to the test – yet again – this time as host of CVM’s latest reality venture, The Anchor. TALLAWAH discovers a real free spirit.

TALLAWAH: You gave a remarkable performance in White Witch. How did you prepare for such a challenging role?

Noelle Kerr: To prepare for White Witch I started by reading about the Annie Palmer story and the director took the cast on a tour of the Great House. What I then tried to do was find Millie in this new story, as White Witch is a version of the Annie Palmer story with a twist. So I looked at Millie within her new boundaries and discovered her and who she would be in this telling. I only hope that it came across in the end.

TALLAWAH: What was it like working with such a talented ensemble, including Maylynne Walton?

Noelle Kerr: I’ve worked with Maylynne many times but it was great to be back on stage with her after such a long time. The last project we did together was After Mrs. Rochester with Brian Heap. It was really a great group of people that were brought together for the show. It always helps when you respect your fellow actors on and off the stage. There was a great synergy and sense of professionalism.

TALLAWAH: How are you enjoying being a part of The Blackburns? Is it living up to your expectations?

Noelle Kerr: I’ve only been glimpsed on The Blackburns in its first season. Again I’ve enjoyed getting to work with Maylynne as we are friends outside of the acting world and it’s always a comfort to have someone like that around when you are working. We only wished we had more scenes together.

TALLAWAH: How did your involvement with The Anchor come about?

Noelle Kerr: My involvement with The Anchor came about because an executive from CVM saw me on The Blackburns and I was asked to audition. So I came in shortly after and did an on camera audition at Mediamix and we can see that it turned out well for me. It’s been a pleasure getting to know the contestants and it’s a nice change for me. It’s a different style of presenting for me but it’s been a joy.

TALLAWAH: Why are such programmes important for local television audiences?

Noelle Kerr: I think reality programming of this nature opens up doors for people who might not get the opportunity otherwise. Shows such as Rising Stars and The Anchor allow for the average person to get a chance to shine, to perhaps believe that there is more to strive for or that there are at least avenues by which to go after their dreams. It’s a big world out there and sometimes we can feel like the odds are stacked against us.

TALLAWAH: What's the kind of impact you ultimately hope to make? What do you want your legacy to be?

Noelle Kerr: I want us to raise the bar for what we strive for in the industry. My hope is that I can aid that process. I want there to be a point where our work is seen as brilliant worldwide, not just good for a Jamaican production or film. We have the potential to be greater than we are and my hope is that I can get the industry closer, if not to, that point.

GET MORE NOELLE: The conversation continues at TALLAWAH JAMAICA. Noelle dishes on marriage and kids, and her fitness and beauty secrets. Get the rest here.