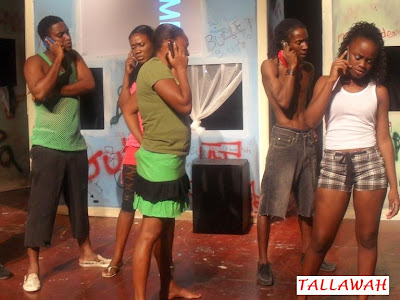 IT'S A HARD-KNOCK LIFE

I remember seeing the community drama Tick Tock on stage back in 2003 at the Philip Sherlock Centre (UWI Mona) when it was just a one-act opus fuelled by the passion and chapbook poetry of its creator Owen ‘Blakka’ Ellis. Today, the work has morphed into a full-length commercial production, delivering much of the same. Laden with humour, frank language and a series of provocative events, Tick Tock (currently running at the in New Kingston) is raw and gritty and buoyed by the incredible energy of a 12-member cast. Occasionally though (especially by the onset of the show’s second half), the material feels repetitive and seems to skim the surface of the harsh societal issues it tackles. But ultimately there is some substance beneath the veneer of superficiality, and a dose of timely social commentary.

Ellis’ writing and directing are commendable, as there is a feeling of authenticity and urgency to many of the scenes and conversations, and the players who bring these harsh experiences to life (including Tesfa Edwards, Cathy Grant and Joel Ellis) do enough to keep the show from capsizing. Tick Tock is set in a downtrodden inner city community – you know the sort where violence is glorified, unemployment is rife, gunshots ring out frequently and the commands of the sound system selector are taken as law. We get abject poverty, police brutality, and young pregnant mothers – the list of problems is endless. But the production would have gleaned far better overall results had it offered more solutions to some of these crises. Tyrone’s Verdict: C+ 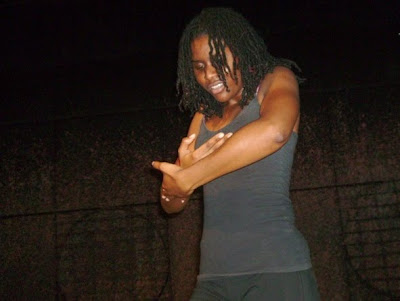 Sabrena McDonald’s one-woman opus Slim Actress deals a lot with expectations. In one monologue (“99 and a Half”), an old woman ponders sin and salvation, feverishly hoping to make it through the pearly gates in the end. In another piece (“Better off a Boy”), an ambitious young financial analyst addresses her career and her father’s lofty expectations (which may or may not have resulted in her becoming a tomboy) and her tireless efforts throughout her life to please him and those around her. But expectations aside, themes of identity and acceptance speak loudest in Slim Actress, a series of monologues, movement and poetry loosely based on McDonald’s real-life experiences as a thespian on the rise.

It’s a gutsy, admirable first attempt at penning and executing a one-woman presentation, blending drama and comedy with music and dance. But the show lacks a satisfactory climax and is limited in scope. Though the work is thin on the meat, McDonald has an engaging stage presence and her intentions and motivations are made both clear and palpable. Slim Actress (recently seen at the Dennis Scott Studio Theatre, ) transports viewers into a world where the experiences would not be foreign to young aspiring artists who’ve chased a similar path. If anything, despite its flaws, McDonald’s presentation offers the reminder that as we go about fulfilling our calling there will always be hurdles to scale. Tyrone’s Verdict: C