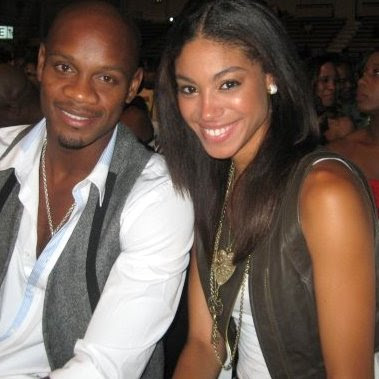 You know a woman is love when she giggles uncontrollably like a schoolgirl when discussing her man. And Miss Yendi Phillipps is no exception. In a very recent television interview with ER 2 host Anthony Miller, the beauty queen/fashion model couldn’t contain her excitement when the conversation turned from her catwalk ambitions to her relationship with hunky track superstar Asafa Powell, and that now infamous Buzzz Magazine exclusive cover story, in which Powell finally came clean about his love affair with Yendi. As if we didn’t know that they were getting it in all along. Puleeeeeze.

Answering Miller’s question about being Asafa’s significant other, Phillipps (in-between grins and chuckles) replied, “He’s very silly; he likes to have fun. I can’t keep a straight face around that person.” That person? Whatever, Yendi. Could we please drop the mystery act already; it’s so not cute anymore. Phillipps further went on to reveal that “the fantasies swirling around out there” can sometimes make their relationship challenging. But she admitted to looking forward to “our plans.”

Meanwhile, addressing the mixed criticism she faced in the wake of her departure from hosting Digicel Rising Stars, she said, “I am fine with the criticism. People are entitled to their opinions, but when I walk on the road I hold my head high because I feel proud of the job I did.” And why did she leave? “I was kinda getting bored and impatient; I don’t like to be at a standstill, “she admitted, before adding: “Rising Stars is heavily scripted, down to the questions I ask the contestants… If it wasn’t that way, people would have got to know me better.” Hmmmmmmm.

Regarding her new projects, Phillipps told Miller that she is writing a hip TV show for network television. “My focus is international. I want to get the big fish.” And in case you’ve been hibernating in some remote locale, Phillipps is all set to duke it out for another Miss Jamaica title, which could see her joining former double winners Christine Straw and Sandra Foster, who both represented Jamaica twice (as Miss Jamaica World and Miss Jamaica Universe).

okie dokie so it's official...i didn't wanna say anything before it was certain...a lot of peeps have been asking and...drum roll please..(LOL i'm a joke) I am doing Miss Universe 2010! yes siree! life is too short to live it in a "shoulda, coulda, woulda" way...DrEaM bIg! we all have OnE life to live :)here's ...to the beginning of a new chapter...xoxo blessings

Yup, there you have it. I won’t even get into the whole Miss World/Miss Universe thing right now. That’s for another post. But I know that in the meantime, you’ll send me your thoughts.

* In Support of Miss Phillipps: An end to the Yendiphobia, please! 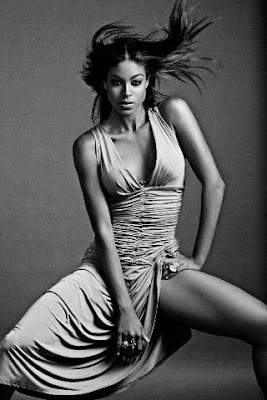