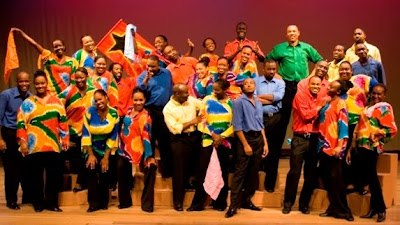 SING DE CHORUS: From July 23 to August 15, the acclaimed University Singers will take their superb brand of choral theatre to Europe, with a five-city tour of the and . The tour is being conducted under the theme “Connecting with Diaspora: Building Bridges through Music” and forms part of the group’s continuing mission as ambassadors of the University of the . The tour, supported by the Office of the Principal Mona Campus, will see the group performing in , , and Nottingham in the and in . The Singers will also participate in a number of official functions marking ’s 48th year of . According to a release from the Singers, while the main focus of the tour is to make connections with the Diaspora, the music of the singers will reach many communities, ensuring that the group’s unique style of performance captivates a new audience. The tour is also supported by the Office of the Vice Chancellor/British Foundation for the UWI, British Airways, the Jamaica Tourist Board and Jamaica National Building Society . 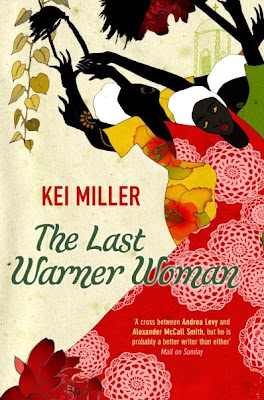 MILLER’S CROSSING: Come July 30, Jamaican author Kei Miller will unveil his latest novel The Last Warner Woman at Bookophilia on in St. Andrew. Miller is one of the region’s most accomplished emerging writers of poetry and fiction. His body of work includes The Kingdom of Empty Bellies, The Same Earth, There’s An Anger That Moves and A Light Song of Light. He is also the author of Fear of Stones, which was shortlisted in 2007 for a Commonwealth Writer's Prize in the category of Best First Book ( or ) Shortlist 2007. The Last Warner Woman has been described as an enthralling and highly entertaining look at the Jamaican culture of revival and migration through the story of an obeah woman. 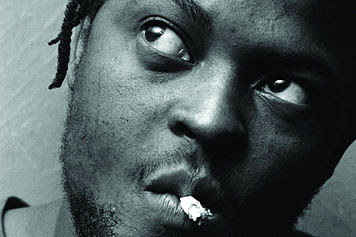 THE DEPARTED: He may no longer be among the living, but Sugar Minott’s music will always be with us. For fans of the late reggae stalwart, a new reggae album, New Day, is slated for release on July 21 via his own label Black Roots. The album features collaborations with Toots Hibbert, Andrew Tosh and more. The smooth-voiced reggae legend, who helped to popularize reggae music, died last Saturday at the of the for some time. He was 54. Born Lincoln Barrington, Minott began his career in the late 1960s as a member of the African Brothers reggae trio. In 1981, he had his biggest hit with a cover of the Jackson Five's "Good Thing Going," which reached No. 4 in the 's singles chart in March of that year. Minott was also known for nurturing young talent through Black Roots and his Youthman promotion company, which benefitted such artistes as Junior Reid and Tenor Saw.