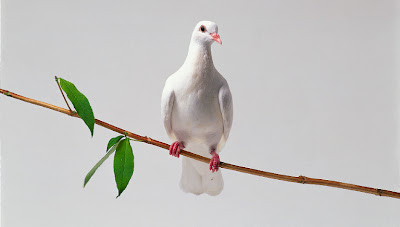 Below is the full text of a heartfelt tribute delivered at the July 14 Thanksgiving Service for the life of the late Jamaican theatre stalwart and cultural icon Fitz Weir, delivered by president Dorothy Cunningham on behalf of the Jamaica Association of Dramatic Artists (JADA):

The Fitz that we knew has ceased to be, he is bereft of life, he rests in peace, bit the dust, breathed his last, and has gone to meet the Great Producer of Theatrical Entertainment in the sky. And I guess that we're all thinking how sad it is that a man of such talent, of such unusual intelligence, of such capability for kindness, and such total appreciation of all aspects of the performing arts should now so suddenly be spirited away. But if we pause to consider the fact that right now he’s keeping company with some of the brightest and the best of our theatre luminaries, why should we grieve his passing? Can’t you see him now: lounging under some celestial mango tree sharing reminiscences of backstage theatre antics, and possibly swapping a few off-colour jokes with the likes of Charles Hyatt, Reggie Carter, Bari Johnson, Stan Irons, Ranny Williams and Trevor Rhone, while Louise Bennett and Inez Hibbert warns “Fitzie, behave yourself or else!”

To one side, under another celestial mango tree are founders of the Little Theatre Movement, Henry and Greta Fowler, doing crossword puzzles. ‘Henry, who would have thought Fitz Weir would have ended up here?’. Henry pats her hand consolingly “Now, now darling, maybe it’s only temporary. Can you give me an antonym for the word ‘sincerity?’ Humbug!” she says.

The NDTC's Rex Nettleford and Pansy are busy working out a new dance for the 2011 season, so they give them nothing more than a cursory glance that clearly says, “Huh! actors!” Dennis Scott rubs his bald head contemplatively and mutters “If that boy Fitzie think him going come up here, and chat out all ah my secrets, huh! Ah will show him what is what!” Wycliffe Bennett, ever the diplomat, states calmly, “My dear Dennis you have no secrets anymore! But not to worry, Fitz has mellowed somewhat in his last few years.”

Yes, he mellowed in his last few years. The Fitzie that I knew had the habit of pinning nicknames on people that seemed to match their character, status, personality or physical appearance. So graceful Martha Thompson became "the antelope", Donovan P was “cheetah” (noun not adjective!), Sonia F became “Lurrucks” and I became simply ”Cunningham girl”. I guess words failed him at that point.

What amazed many people was that Fitz considered everything on stage to be worth supporting. The production could never be too small or insignificant. And he would willingly share his knowledge, but he’d never force his opinion on anyone. He was not of a malicious or caustic nature but his mastery of the English language allowed him to use a few words to convey a world of meaning. For example, "Congratulations, Charmaine. I understand today you’re celebrating your 24th birthday …. Again!"

"Sweetheart, don’t think, because thinking seems to confuse you." The over-eager 6th former in the pantomime chorus many years ago rushed backstage and shouted "Fitz!" To which he responded, “Listen to him, the boy! He shares our dressing room, laughs at our jokes and calls us by our first name. Walking on the normal street of life he would have to call me Mr. Weir. Truly, theatre is a great leveler of barriers."

And my all-time favourite, which I understand he borrowed from Miss Lee (Leonie Forbes), “It is better to live in retrospect, than to have arrived!"

Well done Fitz, dear Fitz. You are a truly unique man. You are now an ex-actor in this arena. But we will always have our memories of you, and it will be some time before they fade. Errol Beans’ poem states confidently, “…though my mortal body drops, as lead yields to the compelling pull of gravity, and disintegrates like an over-ripe fruit, and mixes with the dust below, In death I shall rise. Though the gift of life in me is spent like a lamp that burns its last drop of oil, and flashes across the midnight sky like a comet, and lands in the repository of souls, in death I shall rise.”