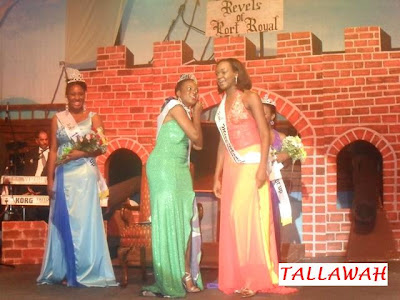 A MOMENT LIKE THIS: Johnnel Smith reacts to being announced the winner of the 2010 Miss Jamaica Festival Queen crown. 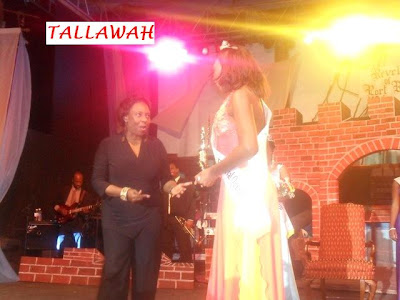 
A splendidly costumed host of pirates, buccaneers and crew brought a refreshingly original atmosphere to the Ranny Williams Entertainment Centre on Saturday night for the 2010 coronation of the Miss Jamaica Festival Queen. The throwback theme offered a lovely touch to the production of this year’s leg of the annual showcase that was always in need of an injection of freshness and exuberance. accomplished. The largely celebratory vibe and reminiscence on the Henry Morgan days of kept patrons interested in the happenings onstage, even when minor glitches threatened to ruin the revelry. The precise, smart set design (an interpretation of the quaint composition of Port Royal’s ) only served to enhance the ambience.

The contestants were largely found wanting when it came to their talent pieces. (Did they all have to do ‘dramatic’ presentations?). So, thankfully, the guest performers with the help of the swash-buckling pirates and buccaneers of the Wolmers’ Dance Troupe and the Spanish Town Dance Theatre Company offered some respite. Ana and Samantha Strachan dazzled in their figure-hugging mini-dresses during their rendition of the squiggly, finger-snappy “Dancing Queen”. Channelling her inner revel, Cameal Davis showed off her luscious curves in a close-fitting black and red ensemble complete with pirate’s hat for her bouncy takes on Whitney Houston’s “I Wanna Dance With Somebody” and the Aretha Franklin Motown jammer “Freeway of Love.” Homegirl Aisha Davis, similarly attired, then closed out the Pirate’s Cabaret segment with her multi-octave originals “Survivor” and “Murder”. I also enjoyed the violin stylings of the fabulous Trio Bella, who appeared earlier in the show, as well as the ever-magical Fab 5 band.

Comperes (aka ‘The Mistresses of the Revels’) Paula-Ann Porter-Jones and Sherando Ferrill) kept the pace brisk and connected with their lively banter, occasional friendly bickering and an effortless overall handling of the programme, which kept the show engaging and at a tight three hours. Executed by the Jamaica Cultural Development Commission (JCDC), under the theme “Jamaican Women… Shaping Our Culture,” the 2010 coronation was sponsored by Television (TV J) and Claro, among several other entities. 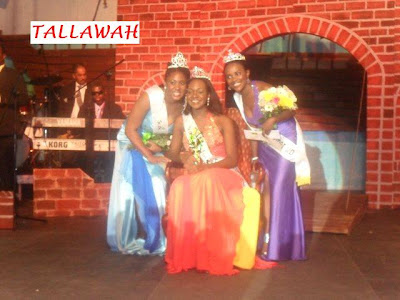 * Culture Bits: JCDC gets a fat cheque + Bolt reaches out + Buju is a “curious case”