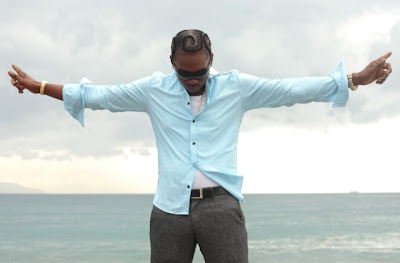 GETTING CENTRED: VP Records recently released this photo of dancehall artiste Busy Signal - part of the promo package, I assume, for the elusive deejay’s new album, D.O.B, which arrives in stores this month. Such a gorgeous background for a photo. 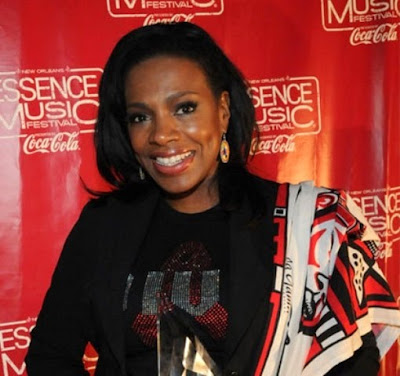 THE DIVA GLOW: Actress and activist Sheryl Lee Ralph was among the luminaries who flocked to over the Fourth of July weekend for the 16th Essence Music Festival. Concert headliners Janet Jackson, Alicia Keys and Mary J Blige reportedly shut the Superdome down with amazing performances. I’m so there next year. 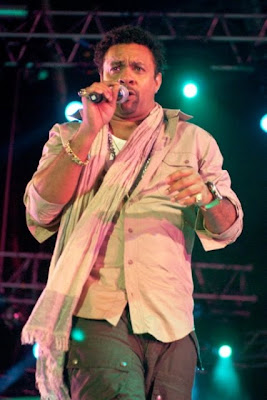 TURN THE LIGHTS ON: The limelight agrees with Shaggy, seen here entertaining a large crowd at the Delta Tejo Festival in on July 2. Keep an ear out for the Grammy winner’s irresistible new hit “For Your Eyez Only,” which features singer-songwriter Alaine. It’s one of the better reggae/dancehall collabos I’ve heard in recent times. In the meantime, is Shaggy packing on the pounds? 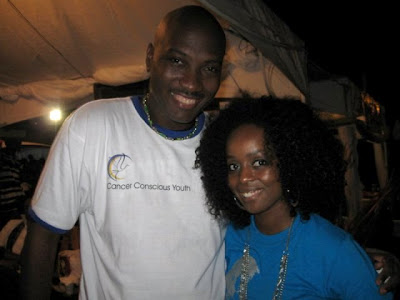 LEAN ON ME: Singer Cherine Anderson looks at peace by the side of journalist Cassius Watson (where has he been?). The charitable twosome was spotted at Relay For Life, the annual fundraiser put on by the Jamaica Cancer Society to benefit victims of the deadly disease. Let the whispers begin. 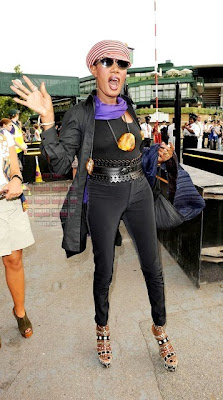 AMAZING GRACE: Attired in one of her tamest looks in history, fashion-savvy entertainment legend Grace Jones soaked up the spotlight at Wimbledon Tennis Championship at the All-England Club in the recently, where she was spotted taking in the grand-slam action at centre court. (American Serena Williams and Spaniard Rafael Nadal won the 2010 championship titles). Meanwhile, Grace Jones was recently in the news for an alleged beef with Lady GaGa. Apparently, Miss Jones is not too happy that GaGa has been swagger-jacking her. Whatever. Grace Jones needs to stop trippin’. Hasn’t she heard? GaGa is the Madonna of her generation, and that’s all there is to it.