PIECES OF ME: CHRIS BROWN hooks a brother up... with a cool new cap! 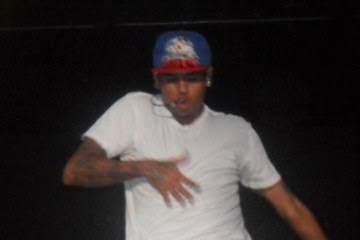 I’ve been rooting for Chris Brown’s career in music (and his recent foray into film) like a true supporter – from the beginning. But more so in the aftermath of the regrettable scandal with Rihanna that nearly permanently derailed his life and livelihood. I’ve always maintained that nobody but he and RiRi know what really went down in that car on that fateful night, so I consistently defended him when haters vilified him on the blogs and in conversations. (Who are we to judge?)

Anyway, so the least Chris could do to show some appreciation is give a brother a fresh blue and Buffalo Bills cap (with white inner lining) to add to my growing collection. Right?

Here’s what happened: At the end of his performance Friday night, Chris Brown took off said cap and threw it into the audience. My head was down as I was flipping through some pics I took on my camera. I hear the screams and look up, only to see the cap whizzing and spinning in the air like a boomerang straight toward me, standing a few metres from the stage in the VIP area. I put my right hand up to grab the prize. It drops at my feet, and I quickly bend to pick it up. Ha! Just my luck.

Side effect: I was the envy of too many teen girls and boys (and grown women!) in that venue Friday night. (I can read straight through plastic smiles). Afterward, nearly everyone in VIP wanted to take a photo with the poor little cap on their head. I told them no! I felt selfish that night and it felt good.

Supporting Chris Brown has seemingly – and finally – paid off.

By the way, I wore the cap to International Night II, and all eyes were on me. I felt like choice meat. 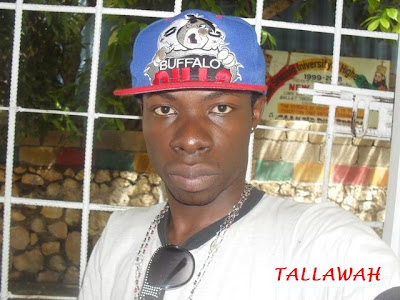 Email ThisBlogThis!Share to TwitterShare to FacebookShare to Pinterest
Labels: MY (SOMETIMEZ) FAB LIFE, PIECEZ OF ME, Reggae Sumfest 2010