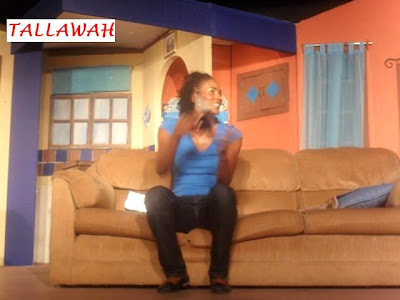 Second Chance, a gripping domestic drama now playing at the Pantry, wrestles with such mundane yet lofty concepts as faith, fear, temptation and family dysfunction, while populated by characters that are in turn snide and earnest, dour and bubbly. The storyline sometimes teeters dangerously into exaggeration, but the overall production offers taut pacing, a sturdy cast and an ending that wraps it all up nicely enough to satisfy.

It’s an emotionally charged affair, nudged forward by a knockout performance from Denise Hunt (above) and a timely, relentless examination of Christianity and what it offers believers. The play, penned by Angie Binns, could have come off as one big annoying sermon, but in the astonishingly smart hands of director David Tulloch the story transcends stereotypes and formula to offer viewers an indisputably involving two hours.

Hunt leads the cast as Nicky Roberts, a real estate agent and single mother battling an army of personal demons. Her husband has left her, she is mired in debt and her daughter Pepper (Stephanie Hazle) resents her. Feeling the weight of the world on her shoulders, Nicky replaces her once-strong belief in the power of prayer with an investment in the intoxicating power of alcohol, which she keeps hidden in secret spots all over her house. Mother and daughter have seemingly grown apart since the departure of the father figure from the household, and the best efforts of Nicky’s older sister Bernice (Dorothy Cunningham) do little to allay the palpable tension. It doesn’t help either that Pepper’s special “BFF” Rachel (Maliaka Bryce), a shoo-in for the world’s most self-absorbed teenager, is a bad influence.

Max Woodham (below, with Hunt) rounds out the main cast as Nicky’s church brother, Will (a scripture pusher, if you ask me), who attempts to rescue her from drowning by encouraging her to find strength in the power of the sanctuary she once regularly attended. But does Will have an ulterior motive for being such a caring, understanding soul? Can you trust a man who pauses to moisturize his hands in the middle of a conversation? I’m just throwing that out there. As the play hurtles to a teary-eyed close, it takes a revelatory tragedy to change attitudes and engender a proper understanding of what’s most important in this carnival called life.

Binns has a proper ear for everyday human interaction, and Tulloch is so good with his actors that the performances are often more beguiling than not. Hunt is a spark-plug that burns a hole in the stage, particularly in the explosive scenes she shares with Hazle. She conveys Nicky’s weaknesses and desperation with an authenticity that is truly something to behold. Hazle and Bryce, though inconsistent, are fun to watch. Cunningham adds a much-welcomed dose of level-headedness to the play, while Woodham’s charming Will has a suaveness that could probably melt the iciest snow queen. Dawnette Hinds-Furzer appears in a few scenes as the Robert’s helper. 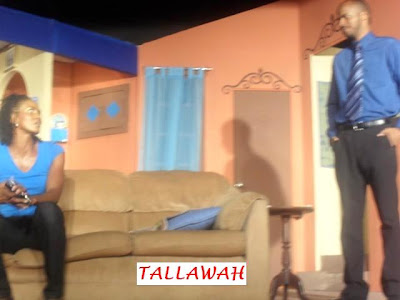