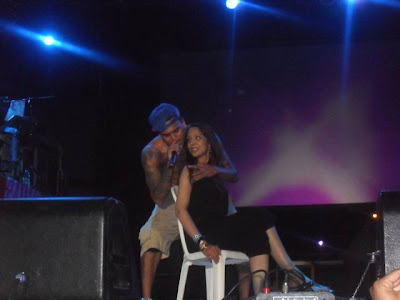 Chris Brown doing the most on stage! He asked for a female fan from the audience to join him for a 'special' segment. One eager chick climbs up within seconds, only to be unceremoniously escorted off by a bodyguard so that a backup dancer could take her place. Poor thing. She missed out on all the kissin' and lickin'. 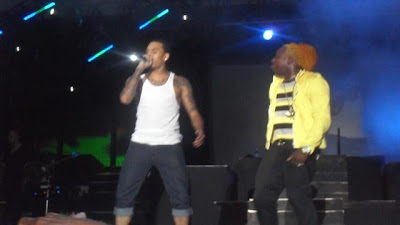 Elephant Man (and his neon brights) joined Chris Brown and Usher on stage Sunday morning for a three-the-hard-way kind of jam. Hilarious times! 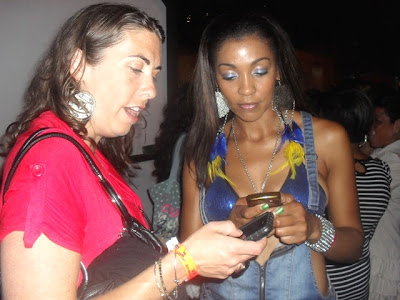 D'Angel was spotted inside the venue Saturday night getting her BB on with a friend. 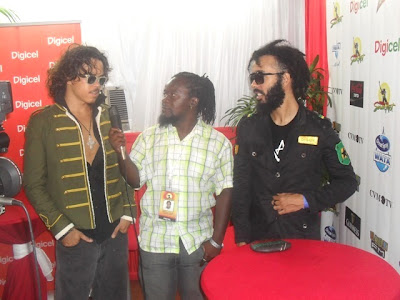 Protoje (right) and Jason Lewars (left) did interviews in the press room after their performances. 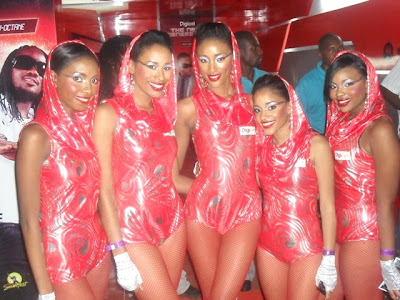 I love these fierce Digicel girls! I couldn't resist taking a snap.