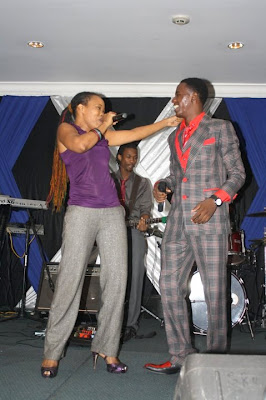 It’s not very often that I get to chit-chat with Ventrice ‘Queen Ifrica’ Morgan these days, what with her incessant touring and other overseas engagements (and all those awards!). But with Reggae Sumfest 2010 mere weeks away, I had to ring her up to hear how she’s planning to enthral concertgoers on International Night One in , come July 23.

As one of the headliners for Reggae Sumfest International Night One, are you planning to shake up your regular performance routine?

Not really. My fans know me; so you can always expect me to just do me.

You will be sharing the stage with R&B star Chris Brown. Have you ever seen him in performance before?

Yeah, man. I think so. You know those entertainers always do them thing. I think we can expect a good show. But I don’t know if Chris Brown plan to finally say him did lick Rihanna (Laughs).

You’re hilarious. What about your next album? When will it be available?

That’s for next year. We haven't decided on anything major as yet, but I’m working on new music already.

It depends on where the music leads me. I just let the music guide me, but I am always writing.

How’s your summer going? What are your plans?

For this summer, it’s Europe, Sumfest and , and other places that we have shows lined up for.

We heard very recently that fellow reggae recording artiste Etana walked down the aisle. Have you spoken to her since?

I don’t talk to her personally, but someone called me and told me that they read about it in the papers. But I haven’t spoken to her to confirm whether or not it’s true.

You must be so happy for her.

It’s just a part of life. Love is like that. I hope that she has found somebody she can grow with because you know life can be really rocky at times.

* QUEEN IFRICA: Lioness on the Rise 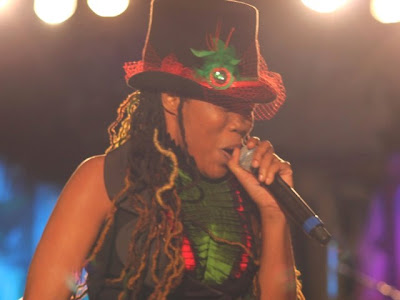