REGGAE SUMFEST COUNTDOWN: Stage is set for Protojé to reign, even before debut album arrives 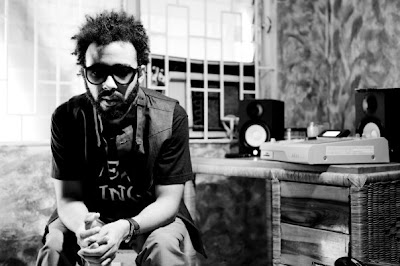 With his terrific blend of dub, reggae, rock and hip hop, Protojé is a much-welcomed addition to ’s music landscape. To many, the 29-year-old (born Ojé Ollivierre) is one of the most refreshing local acts to come along in years. So it’s hardly surprising that the buzz on him in the streets has intensified considerably over the past year. As he preps his debut album, The Seven Year Itch, expectations are high, but Protojé is hardly worried. He exudes an outward calm (that reminds one compellingly of Damian Marley), but he’s very cognizant that he’s poised to take reggae to a whole new level. And as the wait for the album grows (a September release date is being considered), there’s plenty of material (including hit singles “JA,” “Dread” and “Arguments”), and an upcoming Reggae Sumfest appearance, to whet appetites.

Looking ahead to your debut performance on Reggae Sumfest, is it more nerves than excitement?

It’s definitely exciting to think that I’ll be performing on a stage that I have gone to see so many of my favourite artistes perform. As for being nervous I can’t say that I am; I’m very comfortable being on stage and Sumfest will be no different.

What initially spurred you to pursue a music career? Has the experience thus far been what you expected?

It’s been something that I always wanted to do as far back as I can remember. I just always wanted to make music. It was probably seeing my parents perform music that really led me in that direction. It has been all I have expected and more. And I am only at the beginning stages, so I am looking forward to what it brings.

What are your main objectives now as an emerging reggae singer-songwriter?

Well from the standpoint of the music it has always been my objective to do my part to keep the music global. To spread some positive energy and show that reggae is very much alive in , contrary to what is thought. Also to use the music to inspire people as others have done for me. Music is a powerful tool to get a message across and gradually as my career move forward, the bigger picture will show itself.


Much of your music is centred on Jamaican philosophy and the musings of a close observer of human behaviour. What is your primary outlook on life?

Differently still, I see life as a journey packed with lessons that repeat themselves until you learn it. Life should be appreciated and lived fully while you have the chance ‘cause your time will come and pass like everybody else.


What direction are you taking with your upcoming first album The Seven Year Itch, and what inspired such an interesting title?

The direction of the album is quite interesting. It’s fusing a lot of elements of different musical genres. My favourite style of music is dub, so there are a lot of dub elements all over the album. Don Corleone, who is producing almost the whole album, has his niche styles also, so it’s about merging both of them and seeing what comes out. The Seven Year Itch title comes from and old [adage] that says that after 7 years the infidelity rate among married men rises, and the get antsy in the relationship, hence the "seven year itch". So I am applying that to music, as I have been doing music professionally for 7 years, and this album is me scratching that "itch".

That’s quite a story (Laughs). Where has the most support for your career and vision come from?

My family has been really supportive of what I am doing. I would have to say if it wasn’t for them it would have been close to impossible to achieve it. I seriously urge parents that have children that are interested in music and art on a whole to be supportive. Don’t look on art and music as something negative.

Outside of music, what other aspects of culture interest you?

I just love art on a whole - visual, literary, dance etc. Living in a country like with such a rich culture, all you have to do is open your eyes and ears and keep your mouth close, and you'll be inspired.

What's your take on the role of family in society?

Well, as I was showing you earlier, family support and strength is key in society. You see, if the concept of family is spread to mean not only brother, sister, mother and father, the place would run smoother, because all of us are one at the end of everything. Too much separation iyah. So family is important cause among family there should be unity.

I WANT TO HEAR FROM YOU: What’s your take on Protojé’s viewpoint, and his brand of music? Is he the next Bob, Tosh? To express your views on this article, and to read other comments, follow the link to TALLAWAH .

* Jamaican girl Keida is the new flavour in your ear