TOP 9 MOMENTS OF REGGAE SUMFEST 2010…. And one that could have ruined everything! (Part 2) 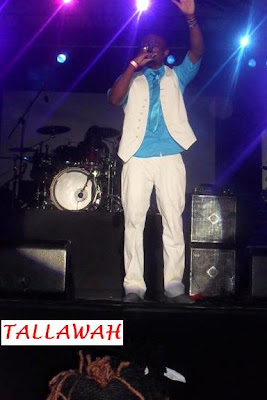 The ascendant crooner could teach several of his more practised counterparts in the industry a thing or two about how to properly woo a crowd. Smart and obviously very well-prepared, Martin used his knack for anticipation to deliver a stellar set marked by current hits and timeless gems from his old-school influences. Simple and classic works well everytime. A job very well down. [ B+ ] 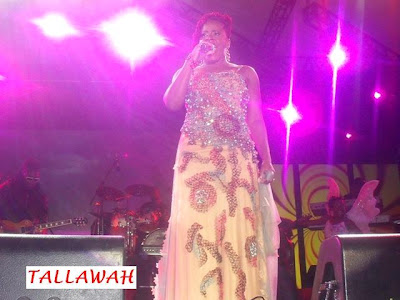 Simply put, Etana did a lovely job on that Sumfest stage. Fluid and thrilling, the singer’s sassy performance of hits like “Roots”, “Warrior Love” and “I Am Not Afraid” and a few lesser-known tracks elevated the mood inside Catherine Hall, getting the crowd pumped up and ready for CB. [ B ] 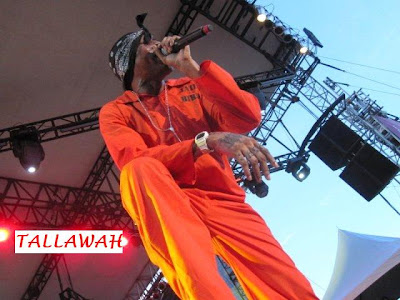 For many who flocked to Catherine Hall Thursday night, the show’s defining moment didn’t arrive until Vybz Kartel, humorously garbed in prison attire, no less, took to the stage and immediately began an unrelenting lyrical assault. No one was surprised at the reaction of the massive crowd that went over the edge; Kartel was, after all, the main reason many turned up at the venue for this year’s Dancehall Night. [ B ] 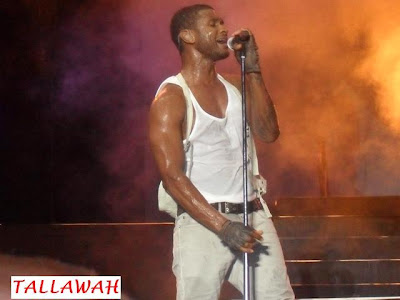 Three ‘words’ about Usher’s debut Reggae Sumfest performance: O.M.G. I have been an unapologetic Usher fan from the "U Make Me Wanna" days, so to see him live for the first time was an experience to be savoured. In short, the R&B superstar gave a mind-blowing set, made all the more exhilarating by joyously surprising guest appearances from Chris Brown (who had performed the night before and who many thought had left the island), Mavado and the Energy God, Elephant Man. On International Night II, Usher was a lyrical hero onstage, taking the mammoth Catherine Hall crowd adrift in time and experience for over an hour. The audience couldn’t help but surrender to Usher’s refined zeal and contagious burst of energy as he dived into all his major hits and broke out the big dance numbers (with his 6 dancers) to wrap it all up nicely. [ A ] 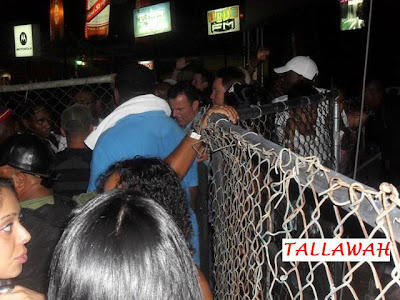 And the Worst Moment (or At least the Most Disappointing):

Things got really ugly at the VIP/press entrance!

Sting comes to Sumfest. For nearly half-an-hour, right before Usher was set to hit the stage, an ugly scene played out at the narrow ‘gateway’ that leads to the VIP area reserved for press, production crew and big-spending patrons. Pushing, shoving, and choking. Security personnel versus press members and other patrons. Threats were thrown. I kid you not! From what I observed it could all have turned seriously violent! Minutes after 1:00 am, the incredibly large crowd ballooned from several thousands to a magnitude, which only served to compound the problem. Caught up in the unfortunate hassle were such A-listers as boxing heavyweight Lennox Lewis and reigning Miss Jamaica Universe Yendi Phillipps, whom I overheard later telling a friend that she was almost choked by some dude during the pushing and shoving. (Yendi is a survivor; she made it inside in one piece). Thankfully, the ‘situation’ was later rectified, but I couldn’t help but wonder what could have occurred at that gate if we were dealing with a crowd of a more hostile variety.

Sidebar: It would be great if Summerfest Productions would assess the situation and see how best a recurrence can be prevented.