TWILIGHT ‘ECLIPSE’: Not a stunning success, but action-packed and loaded with thrills 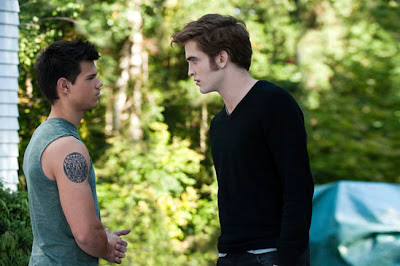 If anyone thought the global fascination (make that obsession) with the Twilight book–turned-blockbuster film series had waned among its Jamaican teen and young adult loyalists, think again. The sight of Taylor Lautner’s excellent pecs and muscular arms alone still elicits deafening rounds of female screams each time they grace the screen. Not so much for Robert Pattinson’s endlessly pallid visage and frequently dowdy demeanour. And Kristen Stewart is still, well, very Bella.

The most noticeable difference about the latest Twilight instalment, however, is how appealing the plot points, action and performances are this time around. Talk about improvement. Twilight (2008) and last year’s New Moon were frustratingly inconsistent productions. Though not quite a stunning success, Eclipse (Summit Entertainment) is the absolute most thrilling in the series yet. Director David Slade (Hard Candy, 30 Days of Night) and screenwriter Melissa Rosenberg have successfully injected fresh energy, intrigue and exhilaration into Stephenie Meyer’s beloved vampire-werewolf saga, making for an almost thoroughly entertaining, satisfying film.

Picking up where New Moon left off, the Jacob/Bella/Edward love triangle forms the crux of the story. Werewolf Jacob and bloodsucker Edward (both pictured above) are still sworn rivals over mortal Bella’s heart, but when the vengeance-obsessed Victoria (Bryce Dallas Howard) and a newly formed army of famished, vicious vampires pose a threat to Bella’s safety, the boys must cast their grouse aside (if momentarily) to help protect her. What’s more, who will Bella ultimately choose? The handsome, hunky werewolf or the moody, brooding vampire? The intriguing sequence of events head to a showdown just shy of a spectacle that wondrously brings the production to an emotionally involving crest.

Evenly paced and sufficiently absorbing – with noteworthy leads and a strong supporting cast – Eclipse is worth the trip to the cinema, even if your enjoyment of the movie is sporadically interrupted by deafening screams from wide-eyed teen girls (and grown women!) infatuated with Taylor Lautner’s abs. Nearly a week later my eardrums are just recovering. Tyrone’s Verdict: B

* “Iron Man 2”: Nothing spectacular, but more sizzle than fizzle