UPDATE: ‘Chatty Chatty Sharlene’ has an opinion about the Chris Brown cap 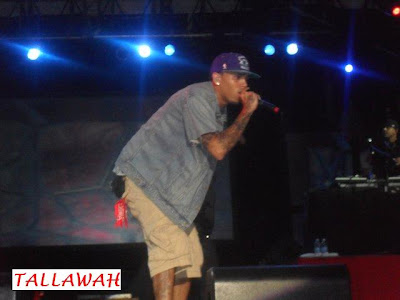 Gossip ‘queen’ and Chat! columnist Sharlene had a few choice words for me in her popular weekly column on Tuesday. As soon as I stopped laughing, I realised I had to share with my dear readers. Here’s Sharlene’s hilarious bit:

“Who dat guy? Di guy weh ketch Chris Brown cap and a act like it is di world. My yute, mi naah lie, yuh should leave it for a female cuz I’ere it was part a di act fi the holder of the cap come pon stage, but it neva guh according to plan. Anyway, yuh neva affi a act like a psycho fan wit it. And mi si two lovely lady who woulda do anything fi touch it and a kno di hat coulda wooow dem in. And yuh hog it up and a tell them NOOO don’t touch. It neva look rite, yute, a can jus imagine yuh frame it.”

LMAO. Her huge exaggerations aside, Sharlene is such a funny lady; she never fails to crack me up!

Personally, however, it’s quite liberating to know that the opinions of others (on certain issues) never matter to me. I am unflappable. Some things are just immaterial. A lady in the office says Sharlene is just one of the bitter “haters”. Probably.

More important, I don’t know who informed Sharlene that Chris Brown wanted people on the stage with him, when press insiders had learned well in advance that Chris Brown’s long list of diva requests included: photos permitted during his first two songs only; limited contact; and NO INTERVIEWS! The poor girl who climbed onto the stage during his performance, primed for a lapdance, got the embarrassment of her life when she was quickly escorted off the stage so that a backup dancer could take her place. Womp.

I still adore your column, Shar. (Thanks for the idea to frame the cap. It never occurred to me.)

Frankly, I love the attention; it’s good for my self-esteem – and my future memoirs. 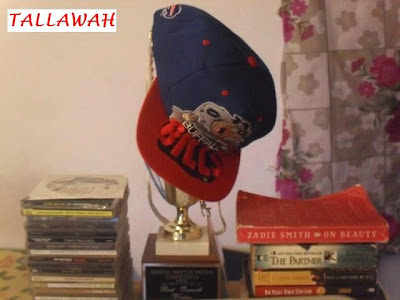 THE CAP OF CONTENTION: Come and getttttttttttt it! (It’s going to the highest bidder!)

* Pieces of Me: Chris Brown hooks a brother up with a cool new cap

Email ThisBlogThis!Share to TwitterShare to FacebookShare to Pinterest
Labels: Do I Smell a Controversy, Is It That Serious?, PIECEZ OF ME, SAY WHAT