WAYNE MARSHALL’S “My Heart”: Cheaters, please step your game up! 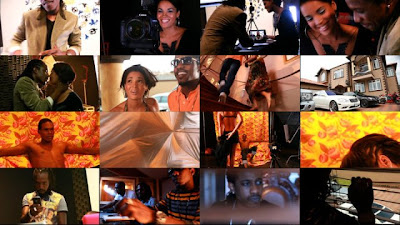 Technology can hit you with a rude awakening when you least expect it. And that’s precisely how the story goes for Wayne Marshall’s foxy love interest, who is caught on camera giving up the goods to another man – in the modish, sexy and kickin’ video for the experienced singjay’s new radio hit “My Heart,” which features top-flight deejay Mavado.

Ah, the marvels of the sleek new gadgets of modern technology. Within seconds your most private acts can become widespread public knowledge. (This is made very clear to us in the video by Mavado.) But technology aside, the Storm Saulter-directed clip is an engaging, vibrant meditation on romance, infidelity and relationship drama. “My Heart” is already a winner on local and foreign radio playlists, so it was only reasonable to expect an appealing video to give the song that extra oomph and buzz.

The events on-screen are wrapped up in an easily relatable story, with an attractive cast and a visionary director at the helm. Saulter’s screen-cutting technique and quadrant style add surprising flair and pizzazz to the video. And the big bedroom confrontation scene between the lovers, at the height of the action, is decently acted and particularly dramatic, vividly showcasing Saulter’s cinematic roots. Meanwhile, the ever-blustery Mavado kicks the track up a rung with his taut lyrical flow and clever rhymes. But this is ’s fiesta, and the singjay makes it abundantly clear with a series of eye-catching wardrobe changes and a charismatic, believable performance that endears and pulls in viewers.

has explored the beating rush of clandestine romance in his music and videos before – his last clip “Good Love,” with wife Tami Chynn as love interest, comes readily to mind – but never quite this stylishly. While the “My Heart” video is largely an exercise in materialism and unfaithfulness, and we don’t get a real, proper introduction to the new lady love at the end, that hardly takes anything away from the overall success of the video. It’s images are hypnotizing and sharply angled, and the song has given an enviable poise to dominate dancehall’s summer.

* Do We Love It? Tami and Tifa’s “Certified Diva”