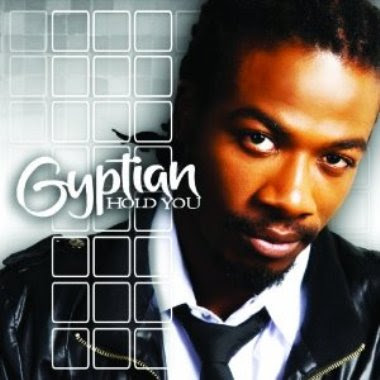 Buoyed by the success of his provocative single “Hold You,” reggae artiste Gyptian has released his new album of the same title (via VP Records) with very little fanfare, but a quiet and appealing emotional storm loiters on the 15-track reggae/soul/lovers rock album, placing it in the pantheon of sleeper hit albums of the year. There is no spectacular, big-budget production work on the disc, which arrives in the wake of recent releases from fast-emerging singer Romain Virgo and dancehall deejay Busy Signal, but what the album lacks production-wise is substituted with the sort of lyrical sweet-talking that has the potential to have a woman so dazzled in the bedroom she wouldn’t even notice her nightdress slipping from her shoulders.

Evidenced by the lyrics on songs like “Beautiful Lady”, when it comes to wooing a woman and making her feel special, Gyptian has no problems in that department. So it hardly comes as a surprise that a huge portion of the album is devoted to meditation on moonlight trysts and matters of the heart. Then again, there’s a lot you can decipher from song titles like “Rendezvous,” “Where You Belong,” “Drive Me Crazy” and “Na Na Na (A Love Song).”

Highlights include the tender “Leave Us Alone” and the rhythmic, bouncy “Nah Let Go,” while such tracks as “L.U=V.E” and “All In You” are, unfortunately, not as sonically inspired. But Gyptian is at his most radiant on repeat-worthy treats like “So Much In Love,” which should do well at radio, and the chart-topping title track, which has spawned numerous remixes, starring everyone from raptress Nicki Minaj to dancehall veteran Lady Saw.

With Hold You, Gyptian doesn’t skimp on the emotion quotient, delivering a set of heartfelt numbers wrapped up in sugary melodies that can put listeners, or at the very least women, in the mood for love – and lovin’. Tyrone’s Verdict: B

Download This: "So Much In Love," a repeat-worthy jam

* Romain Virgo: The young reggae-pop star keeps his head in the game

Posted by TALLAWAH Magazine (tallawahmagazine@gmail.com) at 11:40 am