KEITH ‘SHEBADA’ RAMSEY: The exuberant comic actor gets candid about life in the spotlight and how he handles criticism 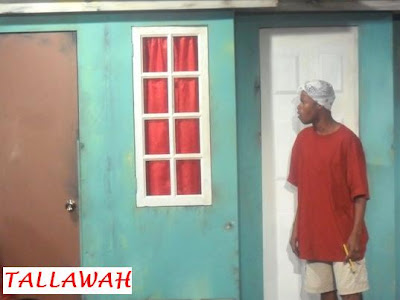 LESSON LEARNED: "My biggest lesson has been how to stay focused amidst criticism," confesses Ramsey.


Whether or not you enjoy his plays, it’s impossible not to have an opinion about Keith ‘Shebada’ Ramsey. Bold, razor-sharp and consistently hilarious, he never fails to keep his loyal followers rolling in the aisles at venues around the island. But how does the 20-something spitfire feel about the attention, criticism and ever-expanding success as a star of popular theatre? TALLAWAH gets the exclusive scoop.

After three years in theatre, you’ve been praised and derided in equal measure for your striking brand of comedy. Describe the experience.

I enjoy it. Now, it’s normal because I am getting used to it. And I find that there are more high points than anything else.

How does it feel to be settling into Ghett-Out, your latest production?

It’s kind of technical, especially because I am working with new people like Maylynne [Walton], who is coming into a new environment, so to speak. Because her character is from the ghetto and [Maylynne] is more of an uptown girl, you have to guide her to keep the character and not water it down. I also try to motivate my other co-star Abigail [Grant] who is playing an older character, which is something she is not used to.

Folks, including fellow thespians, have said that your brand of theatrical entertainment twists the concepts of real theatre on its ear. Do you agree?

They are just being biased. I’ve been in theatre for about three-and-a-half years, and I’ve learned so much. We can be very biased as actors. There is a lot of jealousy and envy. I feel that that’s what is happening. I wish there was a forum for me to express some of these concerns because the truth is that we fight against each other in theatre.

Who are some of your favourite actors in theatre and the movies?

I like Tom Cruise, Jet Li and . Locally, I had one that I admired. Notice I said had: Audrey Reid. But after getting to know her during Comedy Buss, the whole experience has raised a lot of questions.

At your mid-20s, what has been the toughest lesson you’ve had to learn?

The toughest lesson has just been how to stay strong and focused in the midst of criticism. Trusting in God is not hard; he’s my banner and my shield.

Do people’s comments on your ‘exuberance’ offend you?

People’s comments can’t spin. Most of the times I just ignore the negative criticism and focus on my goals. But sometimes you have to embrace the good with the bad.

On the other hand, what’s the most fun thing about being a popular star?

Being on stage entertaining people. That’s it, honestly. I love to keep people smiling.

Do you have any hidden talents?

Let’s just say that sometimes I surprise myself (Laughs).

What’s your favourite thing to cook?

Who is your dream co-star for a stage or film production?

Jet Li. To me, he’s very free-spirited and always full of energy.

Besides being an uncontainable source of humour, you’ve also become a sort of symbol of fearlessness. Was that your intention?

Yes, especially for females and generally persons who have been rejected by society, friends and family. I take my role seriously mainly because the best encouragement comes from within.

Knowing what you know now, is there anything you wish you could’ve told your younger self?

That the future will be surprising, and even though you never know what to expect, always hope for the best. 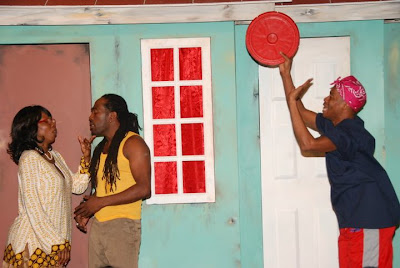